I'm gonna start if off pretty straightforward. What the Chicago Bulls did last year was entirely unexpected (even though they faltered at the extremely rough end of season stretch) by most fans of not only themselves but basketball. Going into this upcoming year, there are quite a few uncertainties with the team and their direction as a whole. A few of these uncertainties can be found in DeMar DeRozan, and whether or not he can maintain his MVP caliber play, or in whether or not the team's key starting players, such as Zach LaVine, Lonzo Ball and Patrick Williams can stay healthy. Best case scenario, everything goes right and the Bulls are a contending playoff team. Worst case scenario, things get very ugly from here. 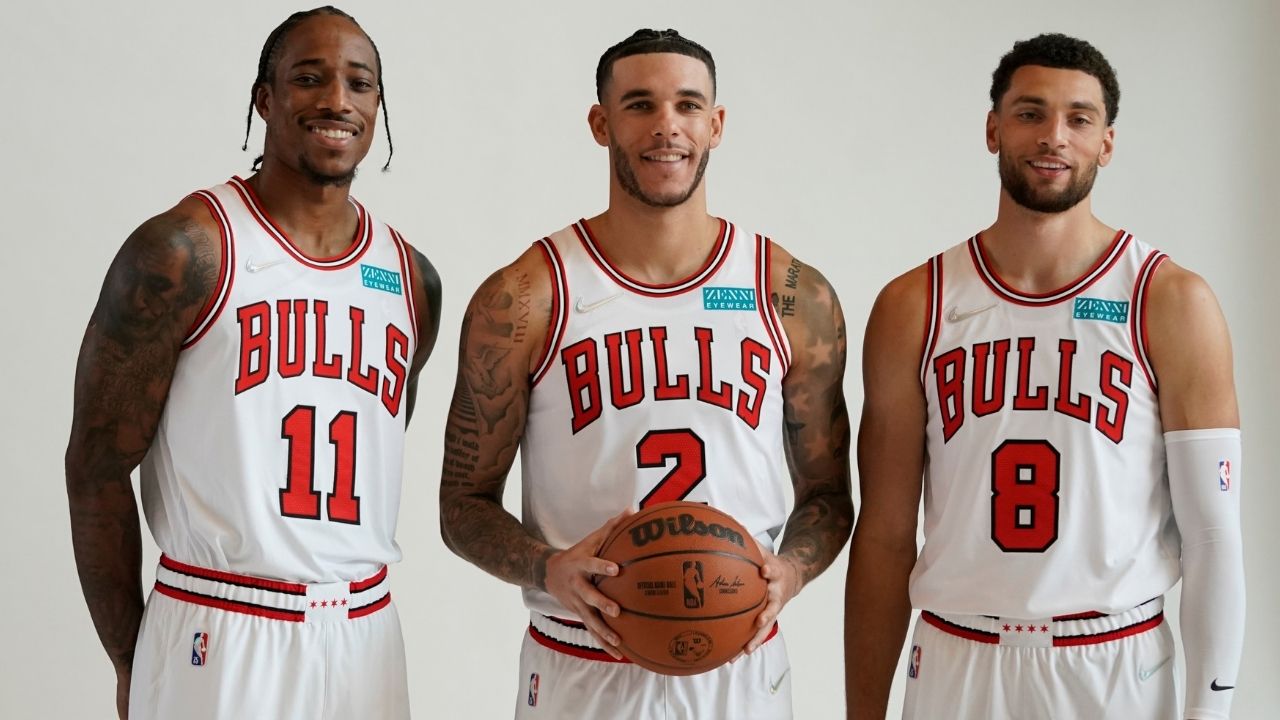 The Importance of Zach LaVine and His Contract

Heading into the 2022 offseason, locking up Zach LaVine seemed as though it was priority #1 for the Bulls, and clearly it was as they signed the all-star guard to a 5 year, 215.2 million dollar contract shortly after many other of the league's young talent were signed to similar max contract. Keeping LaVine could either work out wonderfully or flat out fail miserably. This is why there is so much importance riding on this contract, as a healthy LaVine makes the contract entirely worth it, however with LaVine's concerning injury past, particularly with his knee, there could be huge concern on whether or not he's able to play at least a majority of his contract. This contract quite literally could make or break the Bulls' success for years to come. 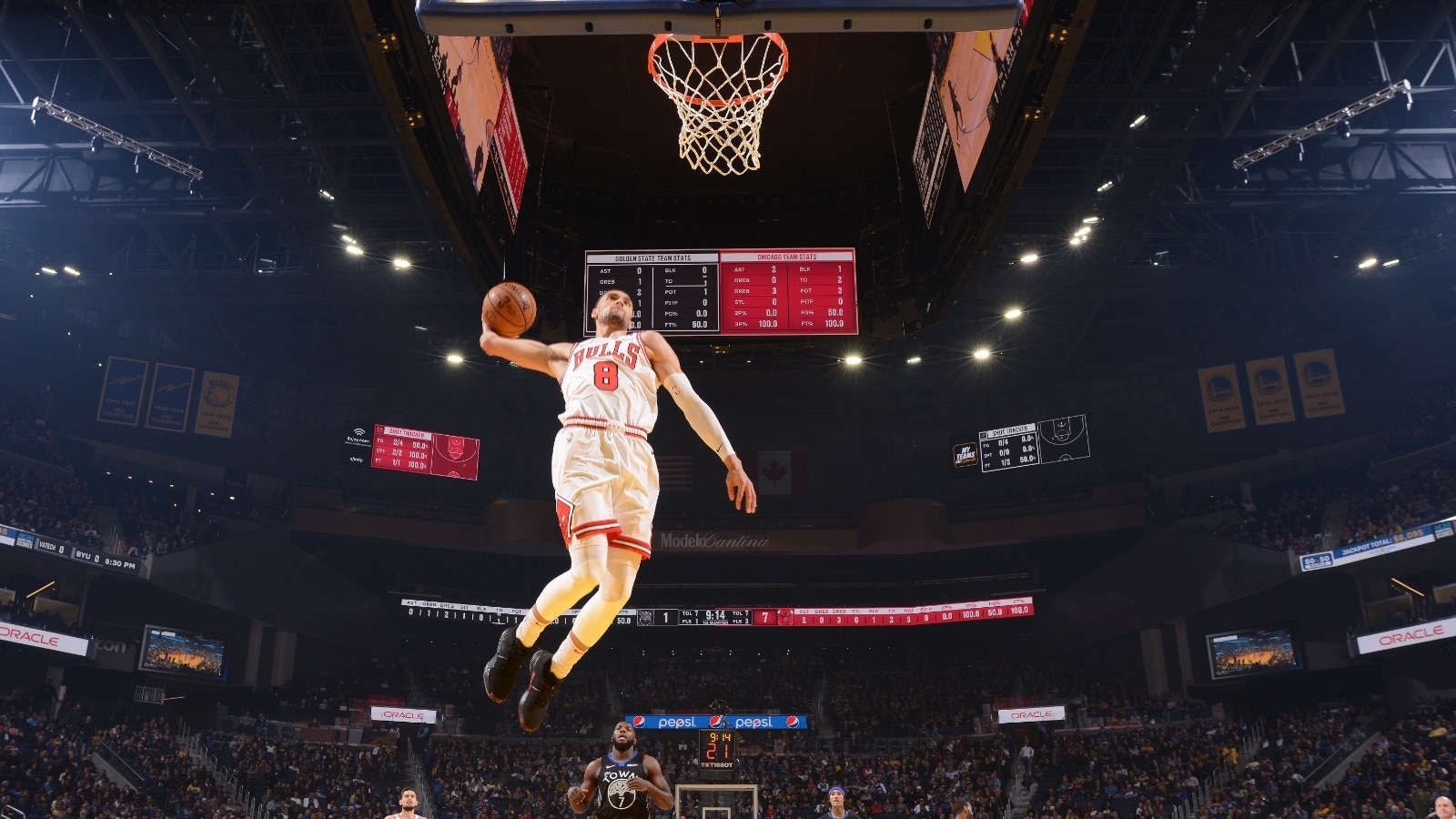 Could DeMar Do it Again?

Another big question mark for the Bulls this year is whether or not DeMar DeRozan can replicate his elite level of play from last year. I think it's safe to say that DeRozan was the biggest shock during the 2022 season putting up career numbers at 32 years old. However age could end up being an issue, not to say that 32 is old, but the average age of declination has typically been seen around 27-28, and it can only be a matter of time until age catches up to the Bulls' superstar. Do I think he could completely blow this idea of aging out of the water? Absolutely. Once he was given an opportunity to win he hasn't looked back since his days in San Antonio and I genuinely believe we could see success from him for years to come. 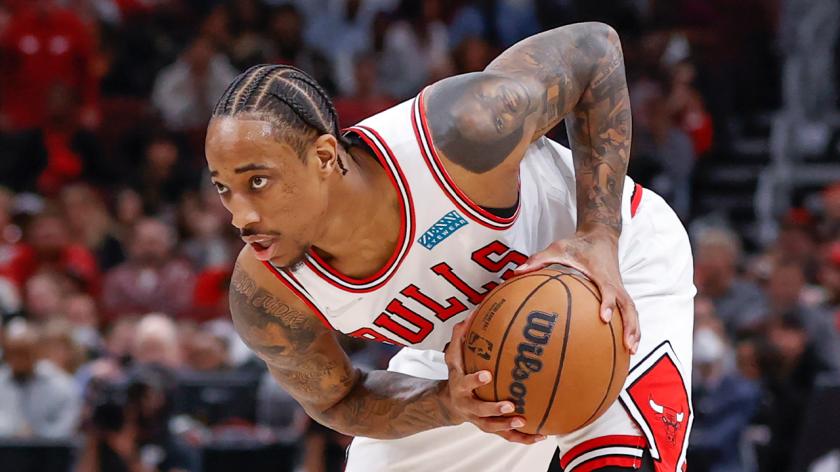 The issue with Lonzo Ball is a weird one. In the few games he was on the court last year, he looked like he was a mix of prime Curry and Tony Allen. Needless to say that given a full season, I think that my comparison looks absolutely blasphemous and that he'd look something more like a better defensive version of Marcus Smart that can shoot. Unfortunately, Mr. Ball has yet to play anywhere near a full season in his entire career (which is crazy now that I'm looking at it). What is even more unfortunate is that he is looking more and more like he won't start out the season healthy which is quite frankly just a little frustrating. 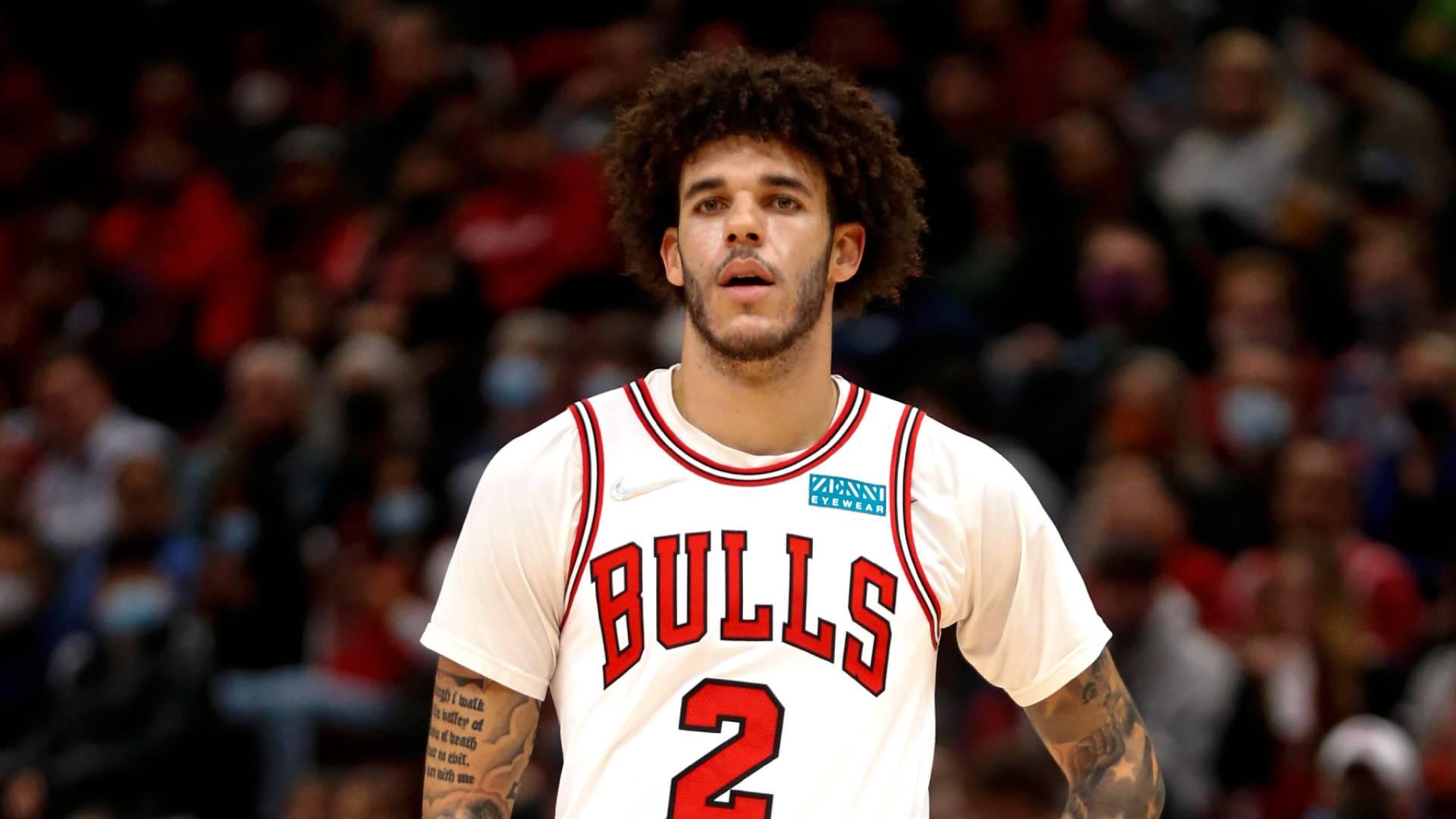 Patty Williams and the Carushow

Now come two of our key defensive pieces in former first round pick Patrick Williams and undrafted hero Alex Caruso. In my opinion, the only real concern with Pat Williams is whether or not he can bounce back from his rough wrist dislocation that knocked him out for most of last year. Finally having a starting caliber PF is crucial to the team's success and seeing how Pat has played when healthy, especially as a rookie is really encouraging (Just gonna say that he played more games his rookie year than Lonzo has in an individual season his entire career, still crazy.). As for Alex Caruso, avoiding injuries is gonna have a lot to do with staying as far away from Grayson Allen as possible (Still ridiculous he was only suspended one game.). Seriously though, I'm not too concerned about Caruso as he's been extremely consistent in the past, just please stay away from Allen. 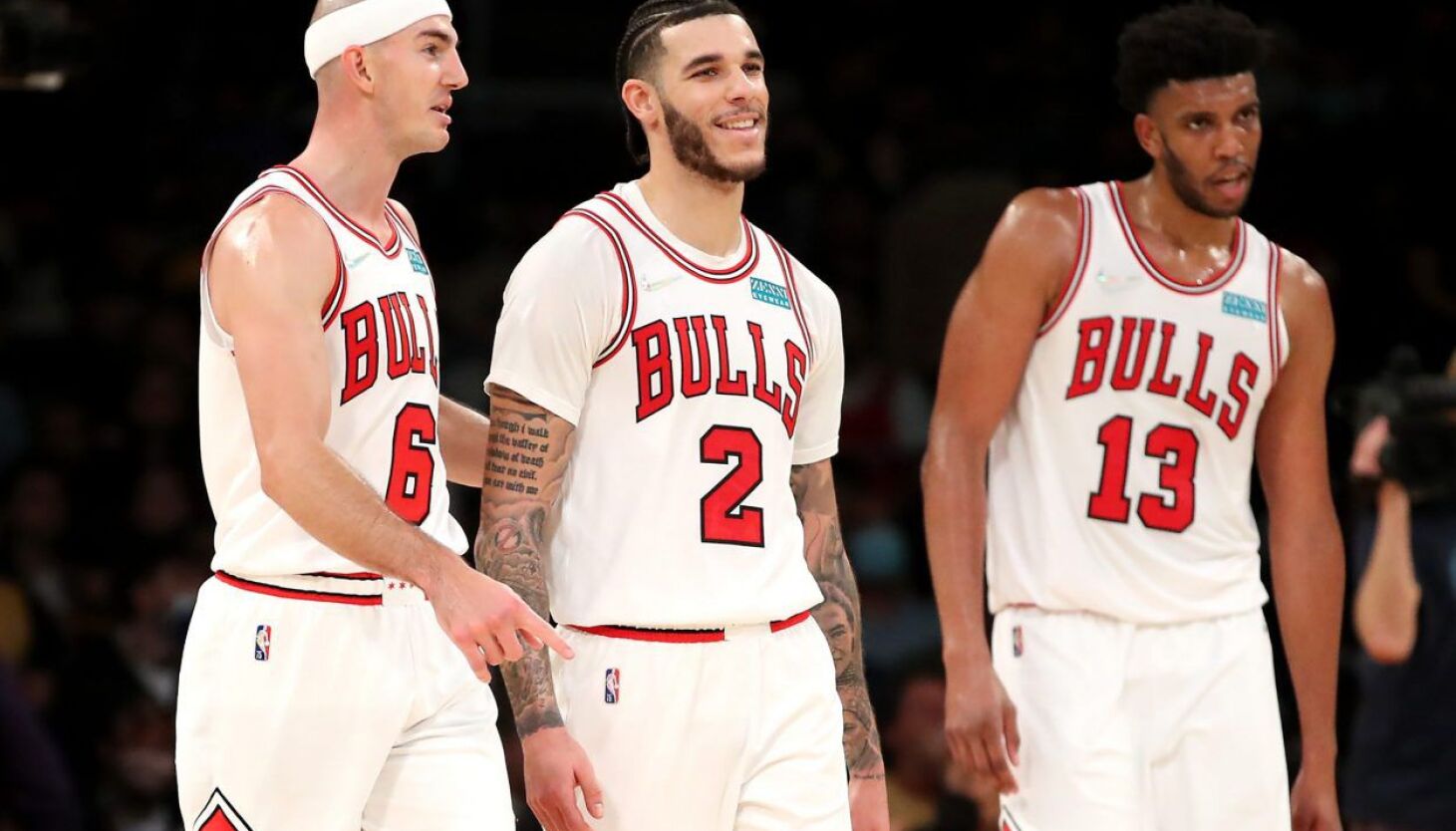 Now you most likely understand what I meant by things getting really ugly in the worst case scenario. However, as unlucky as the Bulls have been with injury, It's only human to still remain optimistic about the season, and honestly I see a healthy version of this team going extremely far. Even if the core of "DeBallZach" as a good friend of mine likes to call them can just remain on the court all year, seeing the Bulls make a deep playoff push is very realistic. Although a part of me is hoping we get to see the best case scenario in which the whole team never gets hurt, after all what wins championships? Not defense, but Healthiness. Or at least a superteam, but some even struggle with that. 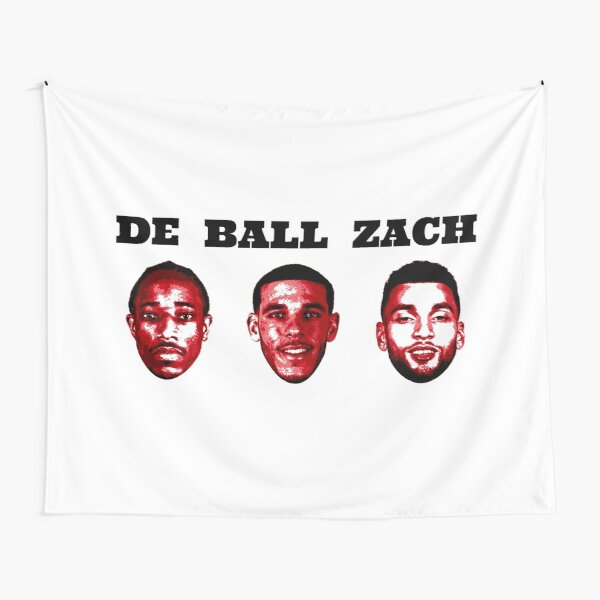