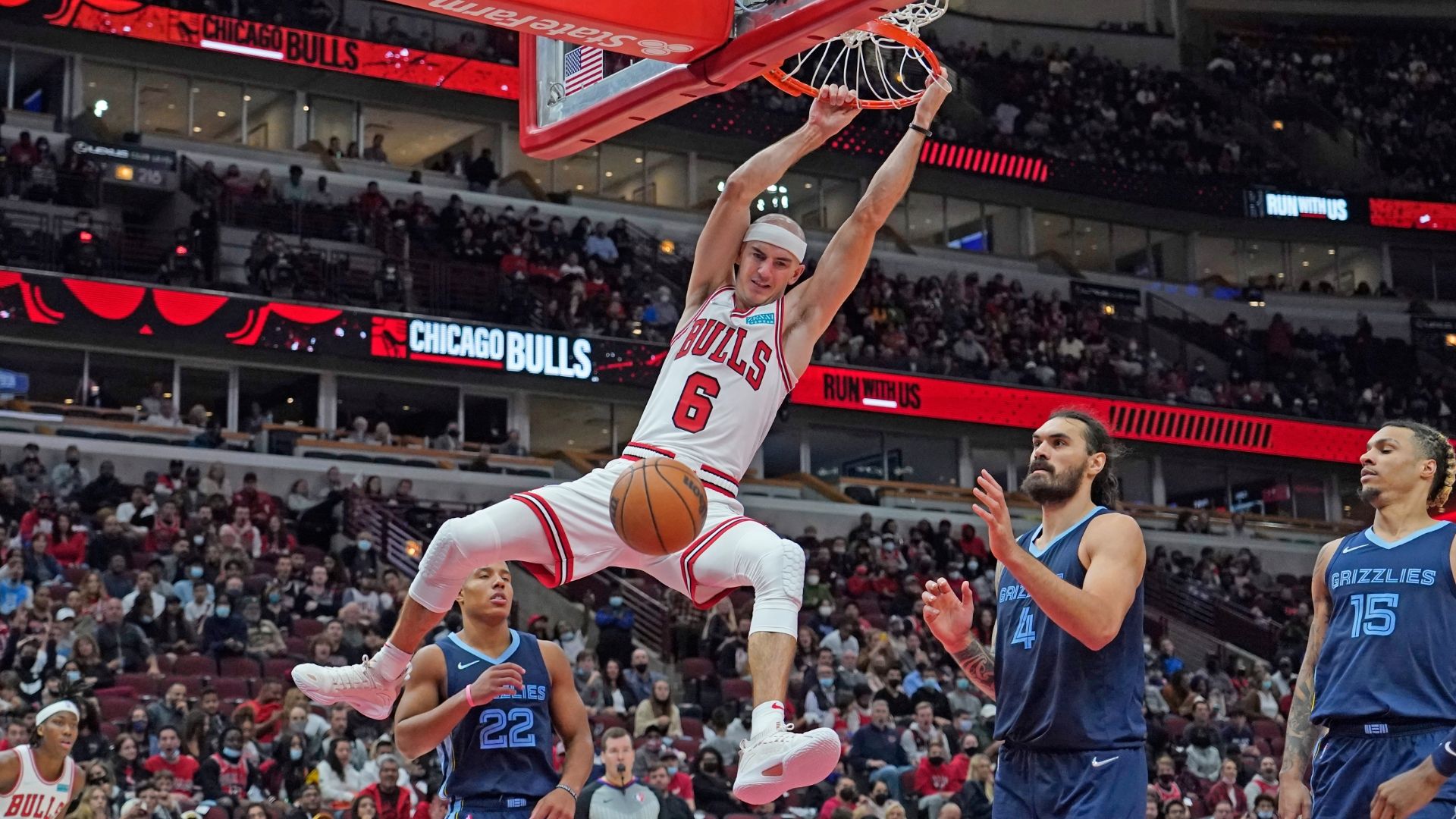 Its reasonable for some people to wonder how Alex Caruso has gotten to where he is. He looks like all but an NBA player had you not seen him in uniform. Caruso, however, is quickly becoming one of the NBA's most underrated guards and is a serious contender for 6th man of the year at this point. An in depth analysis of his journey and story seems entirely necessary to truly understand how he became what he is.

The Beginning of It All

Alex's father, Mike Caruso, played for Creighton so it's hardly a surprise where Caruso gets his athleticism from. Alex says that from a young age, "my parents never forced me to anything I didn't want to sports wise." He claims that he simply really wanted to play basketball from a young age. When asked in this interview about how he realized that he had the talents to really do well in basketball, he answered "I don't think I was mentally aware of how good I was or could be. I was typically one of the better players on my team, but I don't know if I always gave myself credit." As a 6'5" high schooler, he averaged 18 points and 9 rebounds per game. He would later be named to the TABC All-Regional, All-State, as well as All-Star teams.This would lead to him receiving many offers, but eventually narrowing it down to two; one from Texas A&M, the other from the University of Colorado 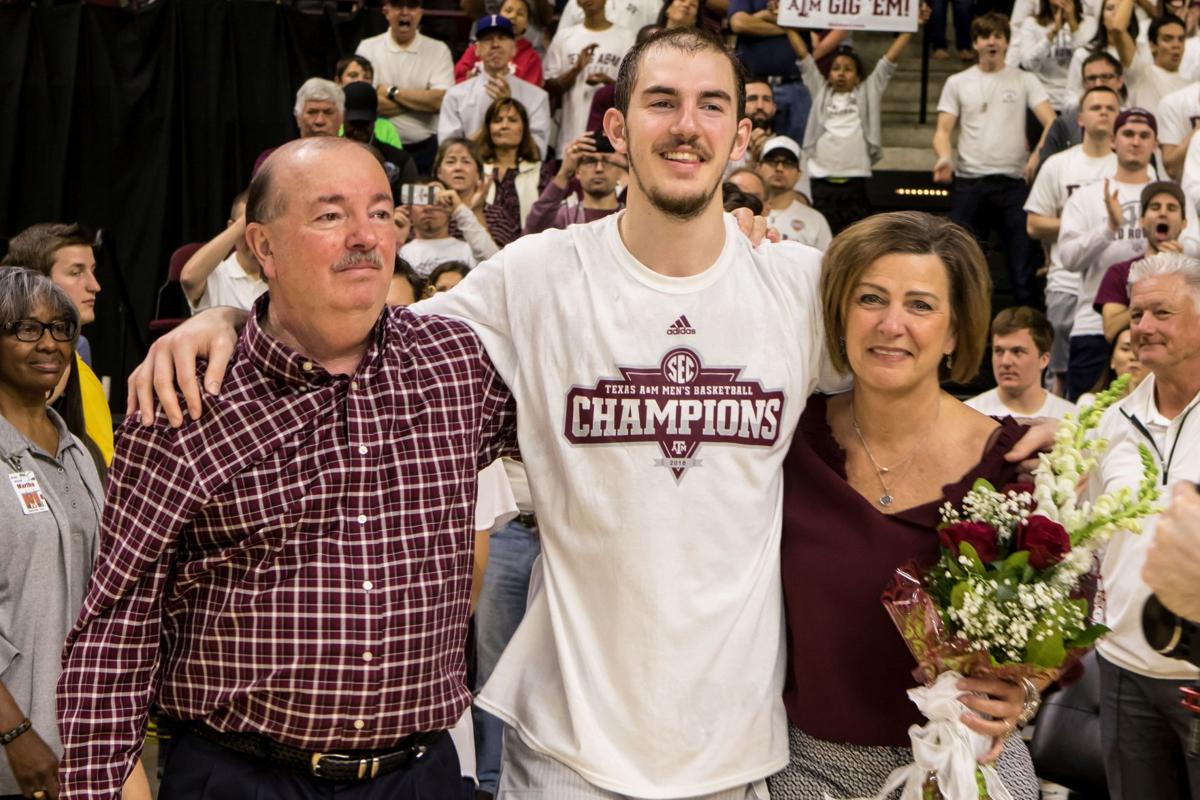 After weighing his decisions carefully, he ultimately chose Texas A&M. He claims that had he not been from College Station, Texas, he most likely would have chosen Colorado. Caruso's scrappy style of play, focused on passing and defense allowed him to somewhat succeed in college. Caruso said "I wasn't ready to play D1 basketball at the time, but we weren't very good and I got thrown into the fire." This was where Caruso would thrive. These experiences would allow for Caruso to improve, and eventually become a starter by his senior year. This would be the birth of something unprecedented for Alex. 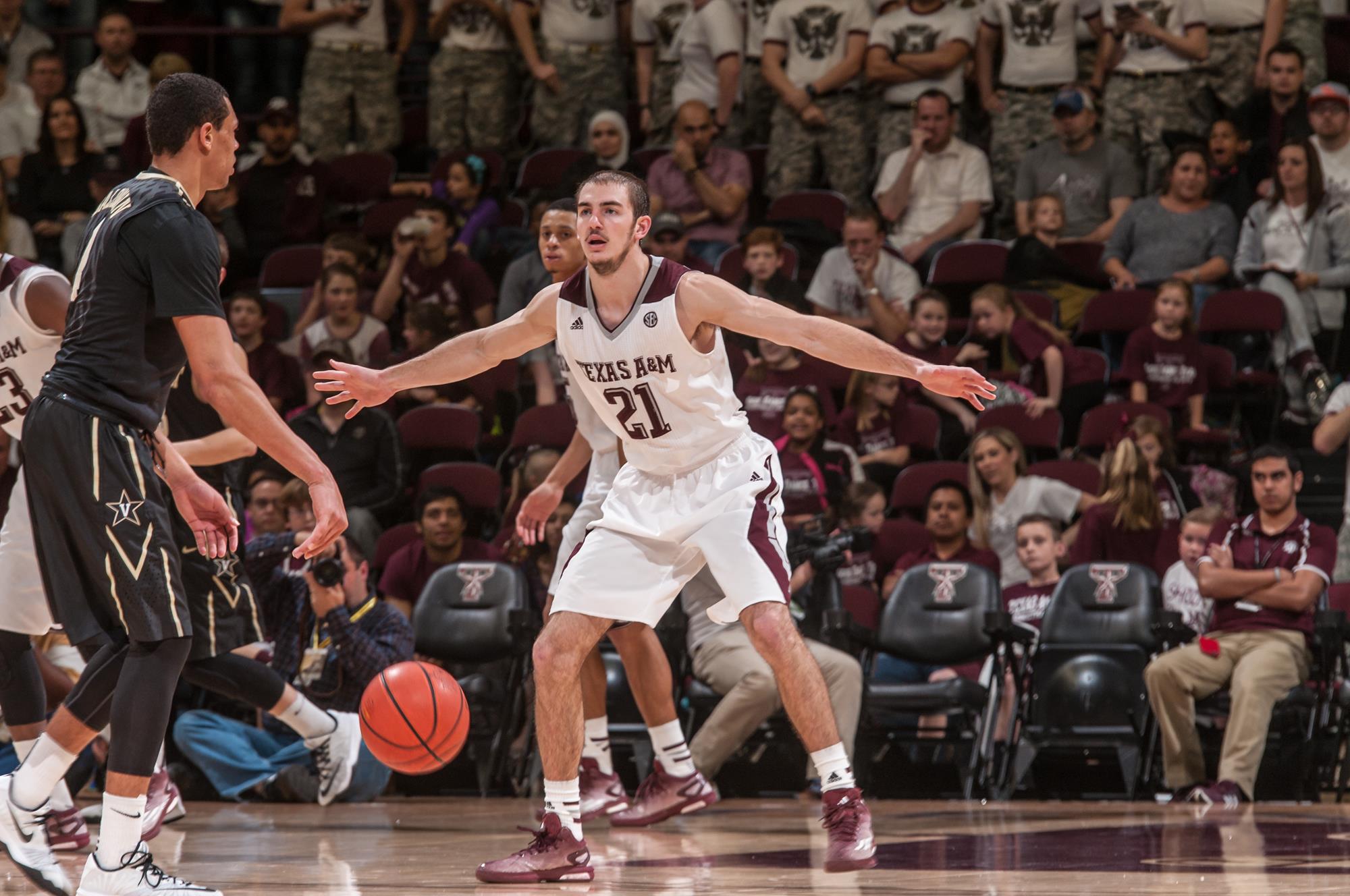 The Birth of the Carushow

In his senior year, Caruso would once again shine as a developing star. He would lead the Aggies to the Sweet Sixteen in a year where he would lead his team in steals and assists, as well as being named to the SEC All-Defensive team and Second Team All-SEC. Surprisingly enough, these accomplishments were not enough for Caruso to be drafted, as his name would be left off the big board in the 2016 NBA Draft. This however would end up pushing Caruso even more. As said before, this was where Caruso thrived. He would sign to the 76er's summer league squad, and would later join the OKC Blue of the G-League. The following year Alex would team up with the Laker's summer league squad which would eventually win the summer league championship. This would lead to him signing with the Laker's G-League team where he would be called up and down, mainly due to his success with playing with LeBron James. His style of play set LeBron up perfectly, and the Lakers liked that. 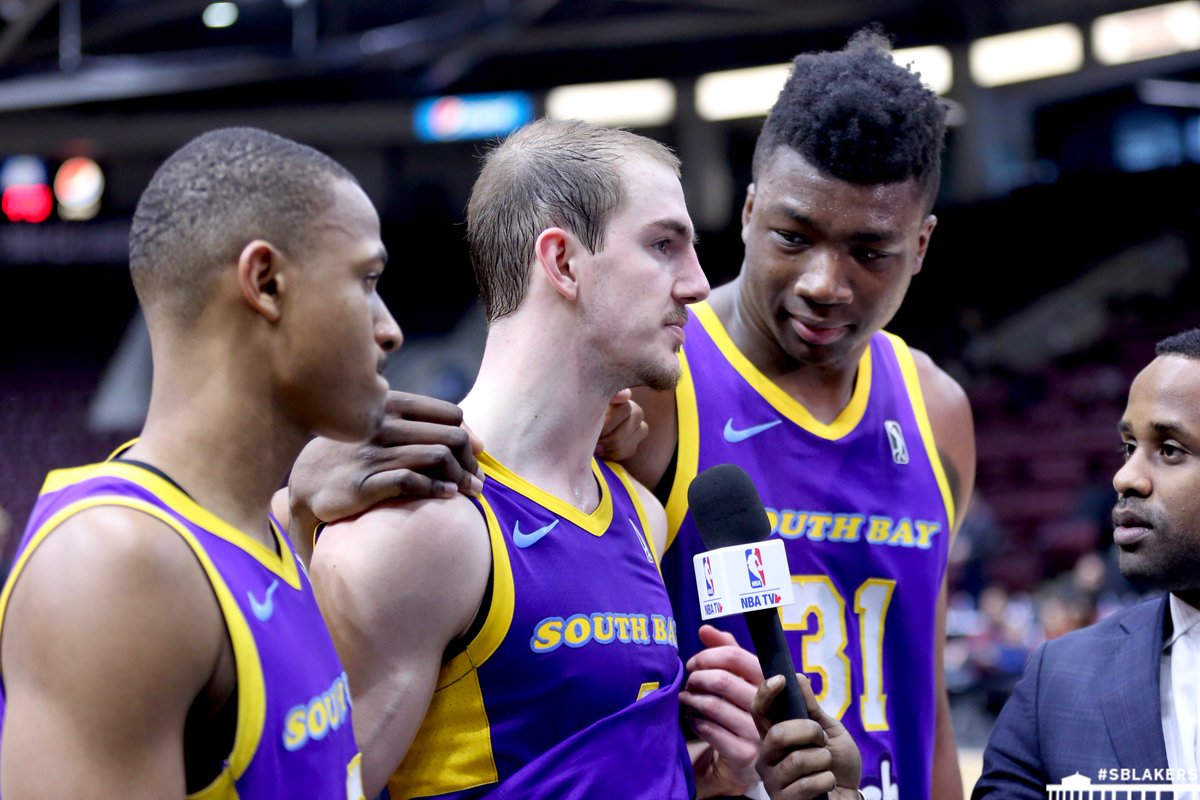 Caruso and Thomas Bryant on the South Bay Lakers

Fast forward to the 2019-2020 season. A lot has changed since the days of Caruso being sent up and down from the G-League. Heading into a year that would seemingly be normal, the world was shocked by the coronavirus pandemic, causing the season to end early. Fortunately for Caruso, the Lakers were on a roll before the season was abruptly suspended indefinitely. After an 85 day gap between the end of the season, the Lakers would return to play in the infamous bubble. After 2 weeks of seeding play, the Lakers were a 1 seed in the NBA playoffs. Caruso would assist the Lakers blow past their opponents in the first 3 rounds, defeating the Blazers, Rockets, and Nuggets by a tally of 4-1 in each round. Caruso would not have an amazing playoffs, but proved valuable off the bench for the majority of the playoffs. The Lakers would go on to defeat the Miami Heat 4-2 in the NBA Finals, even after an out-of-this-world performance by former Bulls star Jimmy Butler. As for Alex, this was only the beginning of the Caruso we would come to know in today's NBA. 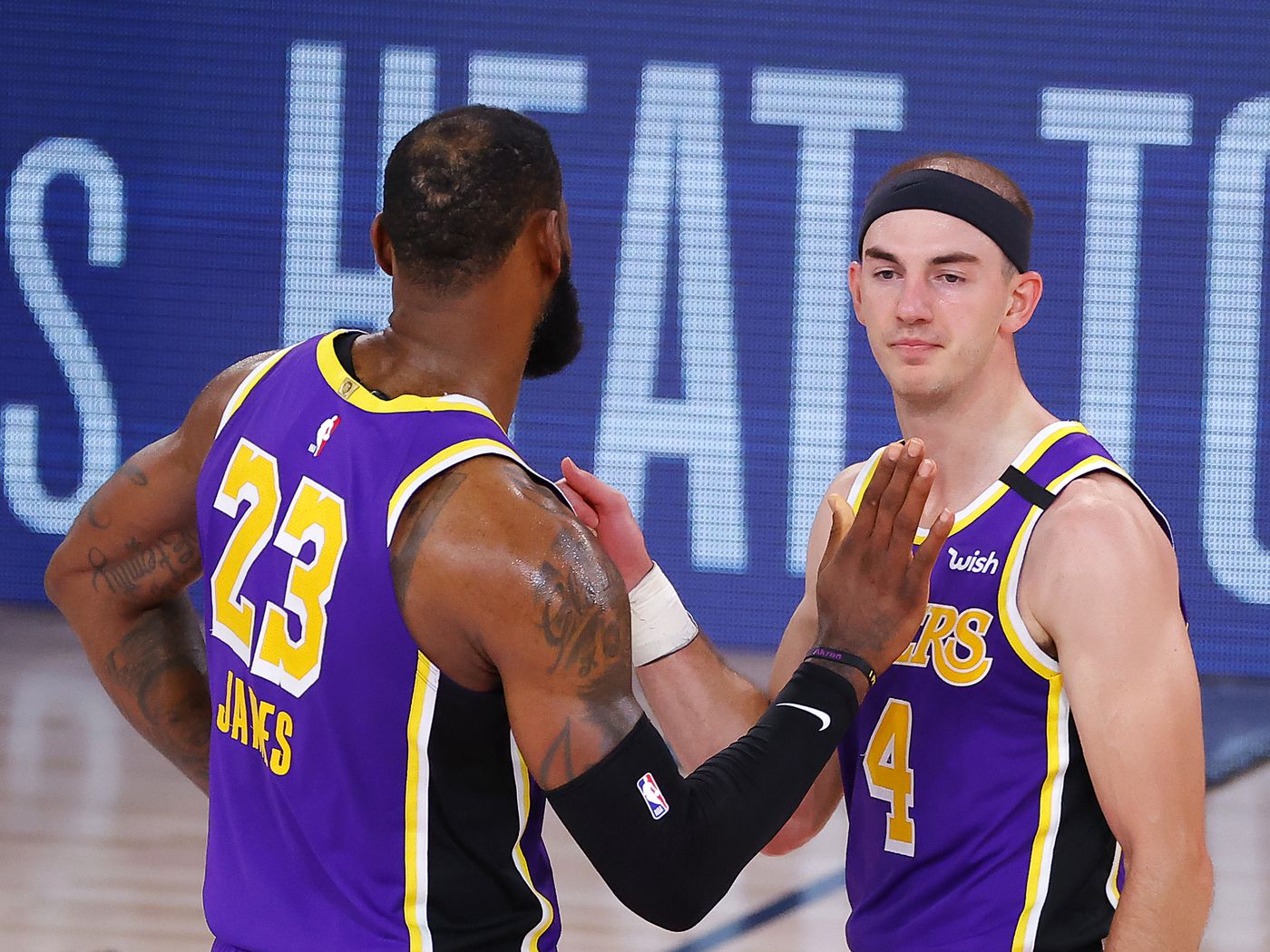 Caruso and Lebron in the 2020 bubble

After the fiasco that was the 2020 season, the NBA resumed play after the shortest offseason in NBA history. The Lakers would have a solid season, but not anywhere close to their fantastic 2019-20 season. They would make the play-in tournament, and defeat the warriors to make it to the first round where they would eventually lose to the runner up Phoenix Suns. As for Caruso, this would be the last of his years in LA. He was now a free agent, and would soon be a highly sought after bench piece.

The Carushow Arrives in Chicago

The Chicago Bulls 2021 free agency class has been nothing short of spectacular for the team, with GM Arturas Karnisovas putting together one of the best Bulls teams since the 2010s. Part of this great free agent class is Alex Caruso. Caruso initially wanted to stay in LA, however they failed to meet his desired contract, which in itself was nothing special; a mid-level offer around 4 years for 40 million dollars. A reasonable price for one of the best 6th men in the league. He would then get a call from no other than AK and Billy Donovan, who would proceed to sell him on coming to Chicago. Proceed a few days later, and Alex Caruso is a Chicago Bull on a 4 year-37 million dollar contract, alongside Lonzo Ball, and DeMar DeRozan. 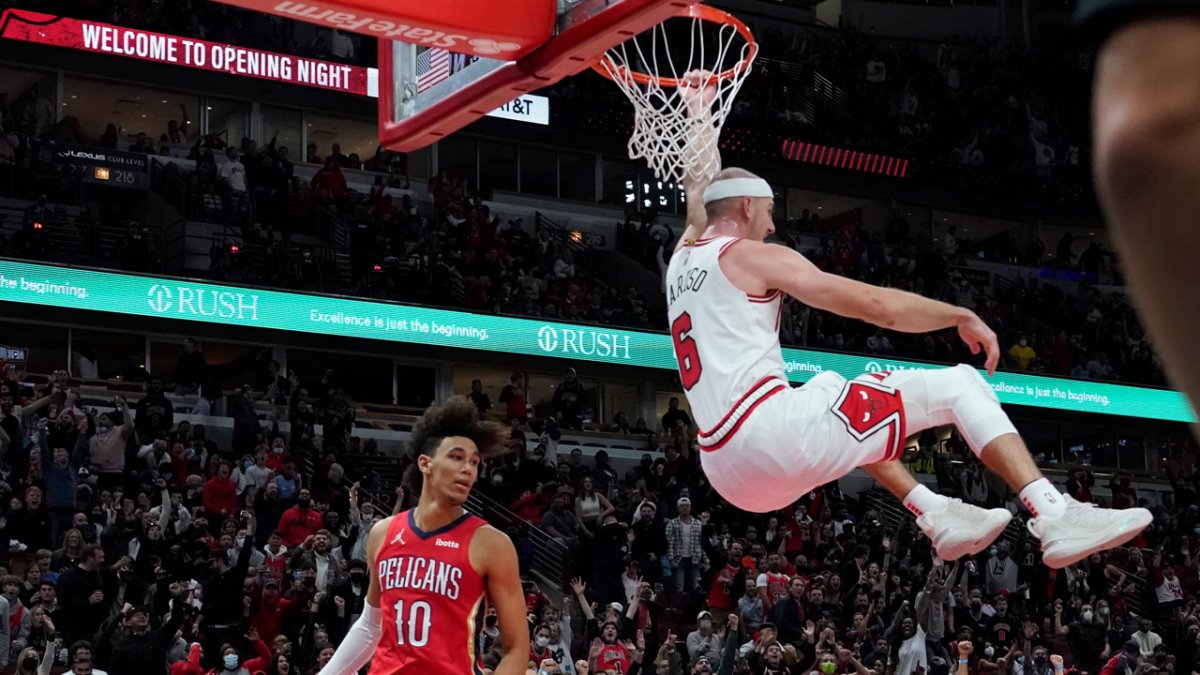 Caruso Throws It Down Against New Orleans

Success in the Windy City

Ever since the beginning of the season, Caruso has played a hugely improved role over his old one with the Lakers. Even having to start in some games due to Lonzo Ball's injury issues, he has proven effective and reliable. His splits are drastically different as well; he has averaged 7/4/3, which would seem underwhelming until you account for his nearly 2 steals per game, as well as the fact had been sidelined by this dirty foul by Grayson Allen for a good chunk of time. Put simply, Caruso is a valuable asset for any team that has him, and his presence off the bench cannot be denied.

To say that Caruso has been a surprise would be an understatement. Personally, I always saw him as kind of a joke player; a bald white guy who just so happened to poster dunk on a few people seemed as such. Ever since his arrival in Chicago, he has proven valuable time and time again, and is especially going to be needed in the wake of the news of Lonzo Ball's season ending injury. A 6th man is a crucial part of a team, and AC fills that role perfectly. 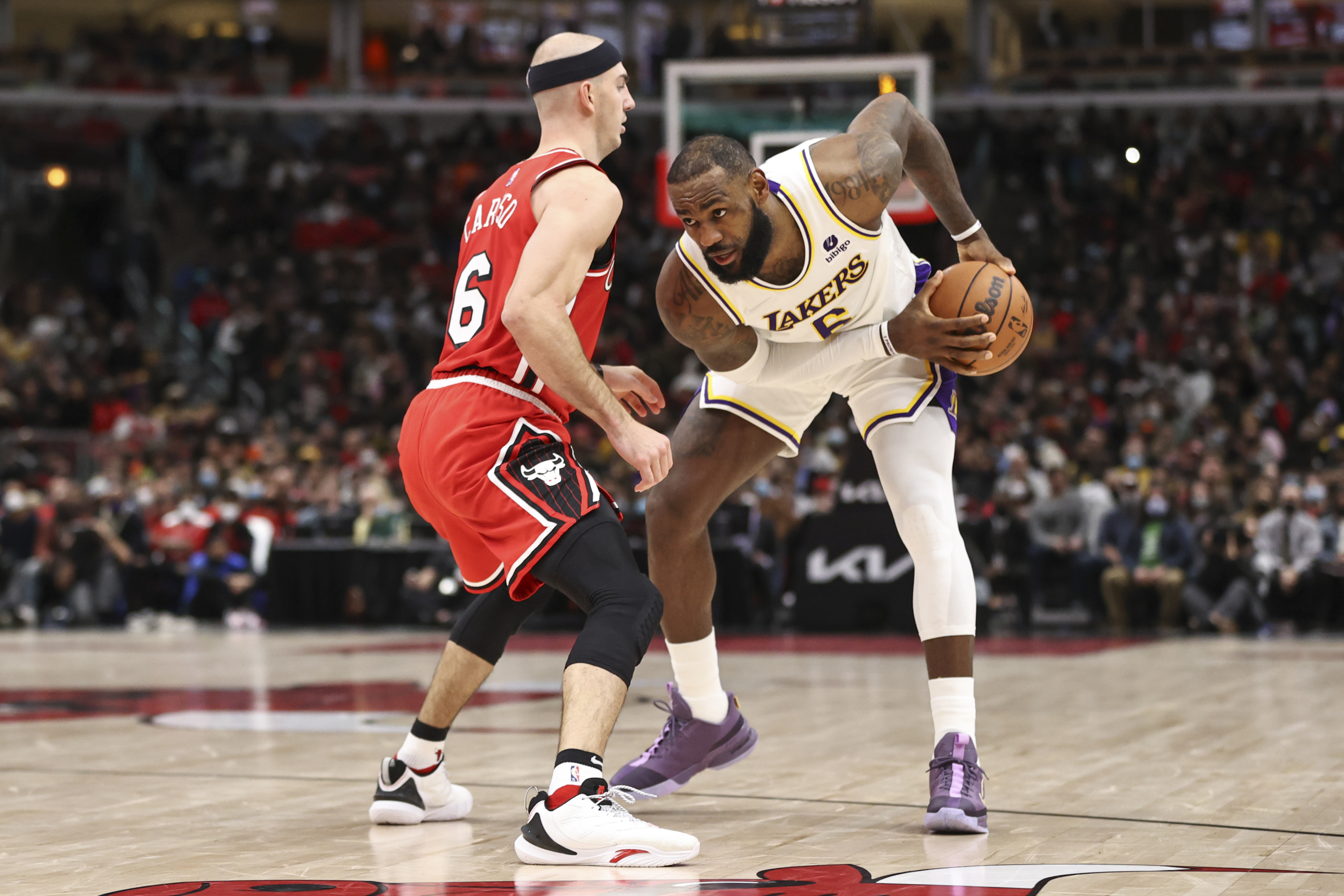