[Thanks to apartmentinthearea for today's game preview. He's a first-timer! You can be one too by signing up! -yfbb]

Jimmy Butler didn't just pull his best "Jimmy Jordan" to date, but he invigorated his team and gave everyone in Chicago something positive to talk about. Sure, there are always going to be those who wonder if this game could of been possible with Derrick on the court or those who think that a reliance on isolation heavy offense could be detrimental. I chose to instead sit back and watch him score alllllll those points. The phrase "leading by example" has been thrown around plenty this year, and he took it upon himself to do just that on Sunday. Well before it was an individual offensive barrage, it was a team struggling to control the game and avoid let down after a great run over the holidays. Butler is no doubt the catalyst in this stretch of games by the Bulls, whether it's his performance on Christmas or his end game heroics against the Pacers. The Bucks do bring a variety of lanky defenders and an aggressive scheme to town, but one that doesn't have the best track record vs him. Butler averaged 24.8ppg against the Bucks in the Playoffs last year, playing over 42 minutes per game.

The Bucks and Bulls are not only playing their first game at the United Center this season, but their first in general. While it may not be completely unheard of to avoid a team until Game 33 of 82, that right is usually reserved for the twice a year match-ups vs the Western Conference. The oddity of playing the Bucks this late is even harder to grasp, because we played them 10 times last year! The Bulls took 3 of 4 in the regular season and then disposed of the Bucks in a playoff series that will not soon be forgotten. WE REMEMBER WHAT YOU DID GIANNIS! Many faces have changed since that series but hopefully the intensity is still there! The Bucks are on the 2nd night of a back-to-back (Losing to the Spurs 123-98) and the last thing the Bulls can afford is a game in which they are out worked. The Bucks find themselves at 14-22 this season (5-15 on the road) but are a surprising 5-3 playing without a day of rest. I dug a little deeper into those 8 games, and learned that their wins on back-to-backs were against the Nets (twice), Nuggets, Knicks, and of course... Golden State. The Bulls, while they don't bring the allure of stopping an unbeaten streak, are most likely a team the Bucks will get up for. When you pair that with a relatively light workload in the Spurs game, I don't see two games in two days being much of a factor.

Things to Watch For:

When looking at these two teams in last years playoffs most assumed that they would both be poised for even better 2015-16 campaigns. That has not necessarily been the case with Milwaukee, and despite the proximity and recent history between these two teams this is a game the Bulls must be able to close out. These games mean a little something extra to the fans involved no matter the records, and I hope that it gives us some quality entertainment. I'm a Chicago sports fan who grew up in Wisconsin (no, I have not watched Making a Murderer yet), so I need all these wins I can get after the punishment the Packers have given me over the years.

Here is to my irrational hatred of Giannis!! 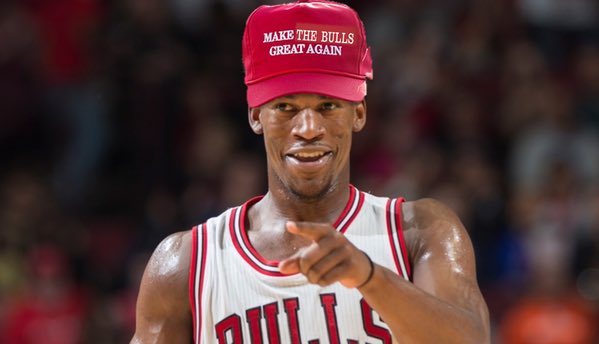