[Thanks to Easy Eis for today's game preview -yfbb]

They don't call it Where Amazing Happens for nothing. Last night was an evening of enormous statlines throughout the NBA. Victor Oladipo poured in 38 points in a loss to the Suns. Chris Paul dropped 36 points and 12 dimes on Portland. Hassan Whiteside continued his rapid ascent to top of the big man food chain by going for 18 points (including a game-clinching alley-oop finish courtesy of Dwyane Wade) 25 REBOUNDS and 4 blocks. Anthony Davis continued his own rapid ascent to best PER of all time by pouring in 39 points, 13 rebounds, and 8 blocks. Even Isaiah Canaan, simply known as Dwight Howard's boy-toy until recently, put up a line of 31 points, 7 rebounds, and 6 assists. What does any of this have to do with the Bulls? Nothing, because the Bulls win with team basketball and you seldom see any lone player on the roster reach atmospheric statlines like the players listed above. However, it has everything to do with their opponent today, Russell Westbrook the Oklahoma City Thunder Russell Westbrook and the Thunderbuddies.

Despite all of the whopping individual success across the league last night, all still tremble before the might and power of Russell Westbrook. Just in case you live under a rock the size of the United Center, let me give you a rundown of Westbrook's last eight or so days. He put up 20/10/11 against the Pacers at home, followed by back-to-back road game losses against the Suns and Blazers in which he put up stat lines of 39/11/14 and 40/11/13 respectively (he also shot a combined 26 of 70 from the field in those games, including going 1 of 10 from 3 against the Suns). During the Blazers game, Westbrook got accidentally kneed in the side of his head by one of his teammates and suffered this, but came back to face the Sixers last night after missing Sunday's game against the Lakers to have surgery to repair the fractured zygomatic arch in his face. One donned superhero mask later, Westbrook poured in yet another triple-double going for a career-high 49 points, 10 assists, and 16 rebounds. He also did this:

Allow me to get my Mike From Illinois on for a minute. Westbrook is the first player to record four straight triple-doubles since Michael Jordan dropped seven in a row back in 1989 (he also had 10 in 11 games during that stretch but you probably already knew that). All six players that have ever recorded four straight triple-doubles prior to Westbrook have gone into the Hall of Fame. Westbrook also joined Michael Jordan and "Pistol" Pete Maravich (two of the most mythical players in NBA history) as the only players to ever record consecutive 40-point triple-doubles. Westbrook is on a historic rampage across the association right now and is averaging 32.6/10.2/9.6 since the start of February and 27/8.2/7.0 with a PER of 29.91 for the entire season. We may be living in a world where an NBA team has both the reigning and new MVPs both in their lineup should Westbrook's performance be recognized with the award at the end of the season. I still don't think he's better than Kevin Durant is (and therein lies why I think the two of them will never ultimately be successful together) but it's almost impossible to deny at this point that Oklahoma City has two of the five best players in the league when healthy on their roster. I feel terribly sorry for whatever team ends up drawing them in the playoffs.

Blogging with the enemy

WTLC gets a chance to talk to TNT analyst and former NBA All-Star Steve Smith to talk about the Thunder as they get ready to face the Bulls.

Blogging with the enemy

But how do Russell Westbrook and the Thunderbuddies play as a team? Hollinger's team efficiency stats will tell you they rank around the middle of the league offensively (103.1 pts per 100 possessions, good for 14th overall), a little better defensively (100.8 pts per 100 possessions, 11th overall, one rank above Chicago) and are a great rebounding team at a rate of 52.3% (3rd in the NBA). However, their true shooting percentage of 52.8% (tied for 19th) leaves something to be desired and their assist ratio of 15.6% ranks next to last in front of only the Sacramento Kings. They have a tremendous amount of young talent littered throughout their roster, but coach Scott Brooks still relies heavily on Westbrook and Durant (when healthy) to run and generate most of their offense. When one or both players are clicking, they are both unguardable and the team is next to impossible to beat. But when one is taken out of the equation, even when the other is playing superhuman basketball, they are still vulnerable to everybody. Even Westbrook's triple-double stretch has been marked with two losses to quality teams and needing overtime to beat the lowly Sixers at home. So as long as the Bulls can limit the damage everyone else on the roster does, Westbrook could drop a quadruple-double and the Bulls would still be in good position to earn a victory. That being said, I would still expect Tom Thibodeau to cater the defense towards limiting Westbrook to jumpshots. Whether or not that will work remains to be seen.

One thing to look out for from the Bulls perspective will be how Nikola Mirotic plays. Since Taj Gibson went out, Mirotic has put up 52 points on 47% shooting from the field in just two games after scoring 51 points on 36% shooting in his eight games prior to those. He has been showing great developing chemistry with Joakim Noah and has become a reliable scorer in the post when coaches opt to place a smaller defender on him. The Thunderbuddies have a lot of depth at the big spots even with Steven Adams out (hand injury) so it will be interesting to see how they guard Mirotic and how he responds. Chris Terzic noted that the Bulls are 13-3 this season when Mirotic plays 25+ minutes, so it would certainly be wise for Tom Thibodeau to keep rolling with Niko despite his distaste for rookies. Mirotic is listed as probable for this game after dinging his shoulder against the Washington Wizards, so here's hoping he's good to go.

Both of these teams have been ravaged by injuries this season. Kevin Durant has had a plethora of nagging ones and will be out until at least next week. Steve Novak (yes, he still exists) had an appendectomy last week and will be out until next week as well. Taj Gibson, Jimmy Butler, and Derrick Rose are all still out. However, tonight marks the return of one of the games' greatest stars and the only man that somehow dresses worse than Russell Westbrook. That's right, this evening Craig Sager will return from his cancer battle!

Great to see Craig Sager back on the floor. He said he's got a nice black and red suit picked out for the night in honor of Chicago.

Like Kevin Garnett, I too have long wanted to see Sager burn his ugly-as-sin suits, but nobody should have to go through what he did and I expect his return tonight to be met with unanimous welcome and praise. Even if the Bulls end up dropping this one (and given Westbrook's play over the last month and the fact that the Bulls have lost five straight against OKC, don't be surprised if they do), we are all in store for a great night of basketball. This really is where amazing happens, and I can't wait to watch amazing happen again this evening on TNT.

That being said, in the immortal words of Mark Wahlberg's teddy bear: 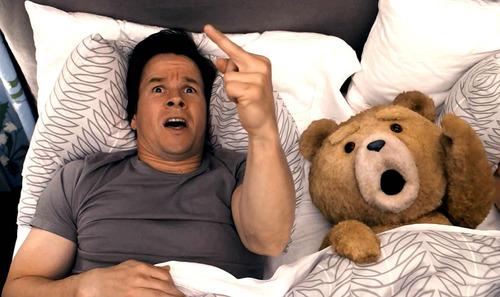 F*CK YOU THUNDER, YOU CAN SUCK MY D*CK, YOU CAN'T HURT ME THUNDER ‘CAUSE YOU'RE JUST GOD'S FARTS WESTBROOK'S TEAMMATES!