Share All sharing options for: Tony Snell makes a head-scratching play at least once a game

At least once per game, Snell will do something so inexplicably dumb as to make me tear my hair out.

At this rate I'm going to be doing these about once a week. This week's plays really illustrate the fact that Tony Snell has no clue what is going on at the end of quarters and should never have the ball in those situations.

-The Bulls have the ball with plenty of time and the shot clock turned off for what should be the last possession of the first quarter. Rather than holding, Snell chucks a 25 foot contested 3 with 7 seconds left on the clock. He predictably bricks and by not letting the clock run down, gives Philly a free extra possession: 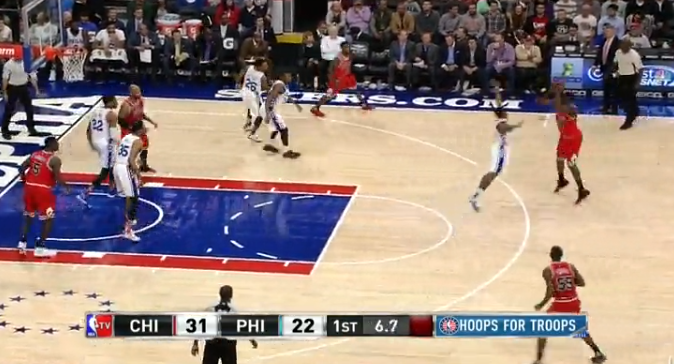 He also closes out the 2nd quarter with an extremely dumb play, throwing the ball to Derrick Rose who is in the backcourt on the Bulls' final possession. There is plenty of time on the clock and neither Rose nor Snell are pressured. Rose sprints and does a quick jump to narrowly avoid a backcourt violation:

Snell dribbles around outside the 3 point line for a few seconds, decides step in to take a pull up jumper with a foot on the line, because of course Snell. He misses. 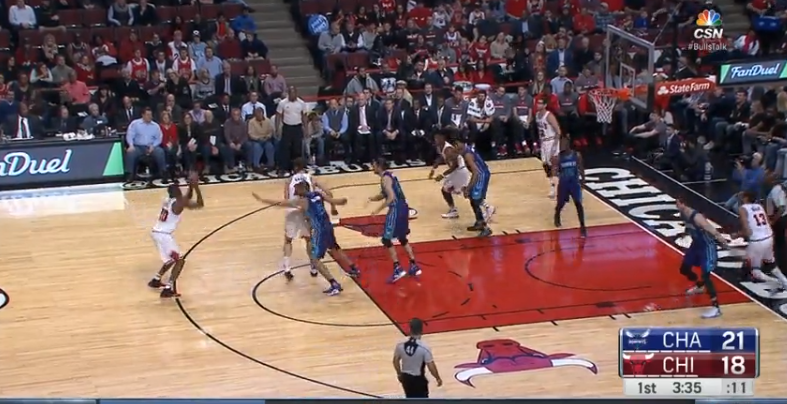 Tony gets the ball on a fast break at the end of the 3rd quarter with a 4 second shot clock to game clock differential. Tony should pull the ball out here to set up the Bulls' last sho... TONY WTF ARE YOU DOING? THERE'S 19 SECONDS ON THE SHOT CLOCK AND YOU DO THIS

Also in this game there was the transition charge call on Snell with around a minute left. To be fair, that easily could have been called a block, and Moore wasn't open for a clean layup if Snell passed.

I absolutely hate watching Tony Snell play basketball. If you're a Snell fan and want to argue about his value, don't bother - I know I am not rational in my hatred of Snell. This is largely for my own edification and place to contain my bitching.