Now that it's over, let's remember Boozer's best, worst and funniest moments.

Share All sharing options for: In appreciation of Carlos Boozer's Bulls career

Light off fireworks, kiss your loved ones and meet at Grant Park for the afternoon rally the entire city is talking about. Carlos Boozer has finally been amnestied, mercifully leaving the Bulls before the final season of the five-year, $75 million contract he signed in the summer of 2010. If you suddenly felt the urge to run down the street high-fiving strangers last night, no one in this warm community of haters would judge you.

How are you going to celebrate? I plan on pushing family members in the back to steal their spot on the dance floor at a wedding I'm going to this weekend. I'm gonna yell "GIMME THAT SHIT" next time a roommate fires up the grill and starts passing out brats. I'm going to shave my head and then cover my bald scalp in shoe polish, because that's the type of thing cool guys do. 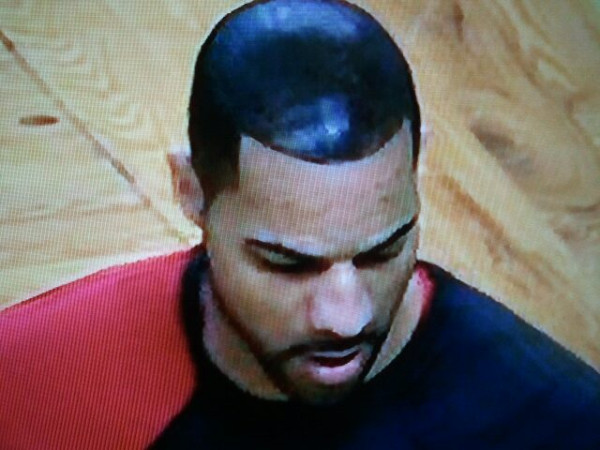 I will say, Boozer never really had a chance. I'll never forget that summer of 2010, how nearly every conversation I had was about the viability of the Bulls adding LeBron James and another star. I remember World Wide Wes saying "We're going to Chicago, and Chris Bosh is coming, too,". I remember Chris Broussard saying the Bulls were the front-runners. I remember hearing reports on 670 The Score that Dwyane Wade might have given the Bulls a commitment after his second meeting.

Of course, it never happened, and the rest is a long and bloody history of torn knee ligaments, ugly playoff beatdowns and primal screams on uncontested rebounds. Instead, we had Carlos Boozer.

In a parallel universe, one where Derrick Rose stays healthy and continues to develop his game in his early 20s, maybe Boozer is a hero. Look at the way this city still treats every member of the 1985 Bears like a walking deity. It could have been Boozer under a different set of circumstances, an alternate reality where the Bulls got more than one legitimate crack at Miami in the playoffs and exited the NBA season as the last team standing.

That could have been Carlos Boozer running for mayor of Romeoville, selling you used cars and staying on local television for two decades too long. In reality, reports of Boozer finally getting axed might be among the happiest moments for Bulls fans in the last few seasons. I don't want to say there hasn't been much to cheer about, because there are, like,  25 regular season games I can name off the top of my head that felt amazing in the moment. But as far as big picture possibilities go, the departure of Boozer's $16.8 million salary is very much something cheer about.

There's going to be a desire to argue "Carlos Boozer wasn't that bad!" now that he's gone, but that's inaccurate. Carlos Boozer was pretty bad, and by the end his run with the team last season he was essentially a net-negative on the floor. The numbers back it up. With Boozer on the floor last season, the Bulls scored 97.7 points per 100 possessions. When he was off the floor, they scored 102.2. The defense was three points stingier per 100 with Boozer on the bench too. Of course it was.

Carlos Boozer played defense like his shoes were made of cinder blocks and the hardwood court was made of fast-drying cement. He moved with the gracefulness of a child trying to run in the mud. His go-to defensive tactic to stop the person he was guarding was yelling in his ear very loud. It was actually effective occasionally, because Carlos Boozer can yell louder than anyone you know personally. It usually didn't work, though, because NBA players can overcome things a lot more debilitating than some bald guy screaming at them.

I don't know what I'll miss more: the shoe polished head, the BLATANT shoves in the back under the basket, the GIMME DAT SHITs… a big loss.

Taj Gibson is and always was better than Boozer. It didn't take Tom Thibodeau much time to realize this. Gibson was closing games even by the end of Boozer's first season. In last year's playoffs, Boozer could barely crack 20 minutes a night and didn't have a prayer of getting fourth quarter burn. Even he seemed to acknowledge he didn't deserve it.

That's the other thing about Carlos Boozer. Many athletes as proud and as accomplished as he was wouldn't have been down with their younger understudy subverting their role at the end of games, but Boozer never really seemed to mind. He was always on the bench screaming like he just won the lottery. He was the best cheerleader, and a damn good teammate. I would bet that no one in that Bulls locker room is happy to see him go, not even Gibson.

There are two more quick things I want to talk about:

This is just the greatest, isn't it? It's aged so well. The immediate look of contrition on Boozer's face. The fact that he did that dumb fist pump celebration so many times that something like this felt inevitable, even if it still seemed too good to be true when it finally happened. The way it serves as the perfect metaphor for Boozer's Bulls career, with Boozer being Boozer and the ref being Bulls fans. It is still so funny and the fact that it never would have happened if Boozer signed elsewhere makes his Chicago tenure at least 10 percent more bearable.

LOL. ROFL. LMAO. I couldn't control myself the first time I watched this, and I still can't. It's peak Boozer and it's perfect in every way.

We need to submit 2:05 to 2:15 to the Smithsonian. I still don't think poor Jimmer has recovered from this. He probably never will.

For as terrible as it was to have Boozer making $16 million on your favorite basketball team, I think I'll strangely remember the Boozer era fondly. We all made some good jokes and light-heartedly laughed a lot at his expense. It never really felt personal or malicious to me. And Boozer was still cashing enormous paychecks as a former second round pick who has lived a great life, so we shouldn't feel too bad for him.

He was better than Ben Wallace, I'll say that much. Hell, he was probably a better signing than Deron Williams, somehow. He just wasn't a particularly good basketballer. Now he's not the Bulls' problem anymore.

HOL DAT, Carlos. You were arguably the funniest basketball player I've ever had the fortune to root both for and against, and I regret nothing.