The latest SB Nation theme day is a good one for Bulls fans.

The past doesn't seem as long ago as it used to, or at least I'd bet it doesn't. As a 20-something person, my position on this is objectively flawed, but as someone who knows how to use a computer, it also feels inherently bulletproof.

I'm saying: to a 26-year old living in 1984, 1964 probably felt like it was 20 years ago. I'd bet it felt way, way in the past, to a point where it was no longer relatable on a personal level. That's not the case now. In the modern day, all the nostalgia of your childhood is, as one would say, only a click away. The Willenium has been great and all, but there's often something comforting about watching an old live performance by Nirvana or catching a few scenes of Jurassic Park or whatever else reminds you of a time before worrying about employment, health insurance and federal taxes.

Michael Jordan is a 50-year old man now. The Chicago Bulls have played 16 seasons since he last threw on the red and white. Yet, even in 2013, Jordan still feels relevant, significant and maybe even omnipresent.

MJ at 50: Perception vs. reality for the Greatest of All-Time 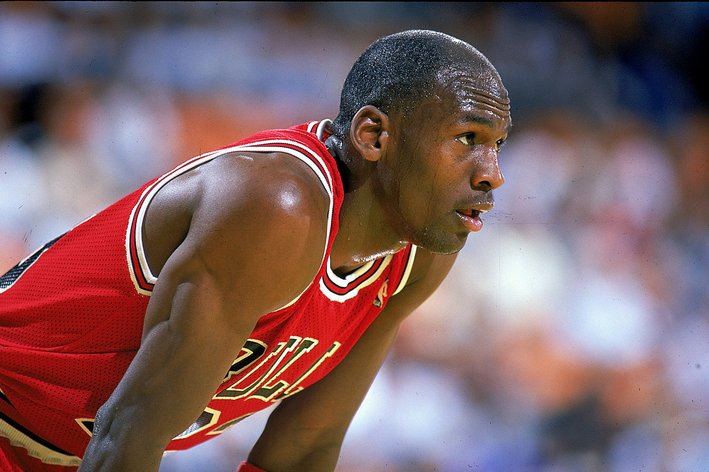 I wrote this about Jordan when he turned 50.

SB Nation asked the basketball blogs to participate in 'Bring a Player Back' day. This will be harder than you might think for some teams, but not for the Bulls. MJ hasn't been playing at the United Center for a young person's lifetime, but something about him feels like it never left.

I'm sure the Clippers will be tough as hell now that they're bringing back.....prime Loy Vaught? The Wizards might even grab the No. 5 seed in the East with Gilbert Arenas. I'm sure the Mavs Moneyball bros are pulling their hair out over the big Mark Aguirre vs. Michael Finley debate right now (it's J-Kidd, I know).

Yeah, in Chicago, we're pretty lucky. #Blessed, if you will. Michael Jordan is the greatest athlete of all-time, and for anyone out of their teens, he was ours. For the point of this exercise, he'll be joining the 2013-14 Bulls. I hope the Heat aren't getting fitted for that third championship ring just yet.

Don't get me wrong: even if Jordan still feels important in 2013, he was a man of distinct '90s flavor. How would Jordan adapt to the modern world? I think it's a fair question even for the G.O.A.T.

He'd have to deal with a society armed with camera phones now, meaning we might have another Tiger Woods situation on our hands. He'd have to deal with Twitter haters and Instagram commenters and Internet contrarians digging up every Synergy stat available to convince you he isn't the greatest. He'd also have to dress like a real, functioning person instead of looking like an extra on Martin. Hand-checking might be gone, but the help-oriented defenses LeBron faces now would have been whistled as illegal in Jordan's day. That's a thing, too.

There are a few factors to weigh, sure. But I'm pretty damn confident adding Michael mother-trucking Jordan alongside Derrick Rose and Joakim Noah and Tom Thibodeau would make the Bulls some sort of historic world-beater.

Other benefits include: no more Carlos Boozer! I've been on the 'Luol Deng, stretch four' campaign before, and with MJ taking his rightful throne at shooting guard and Jimmy Butler moving to the three, Deng becomes the floor spacing power forward the Bulls need to stretch defenses thin and let Jordan and Rose do work.

I feel sorry for the other blogs in our great network for which this was actually a debate. Not for us. Michael Jordan is down to 218 again and he just sent in a fax. Ring No. 7 is all but a formality.