On tanking and the Chicago Bulls

We're all thinking about it. Let's talk about it.

Share All sharing options for: On tanking and the Chicago Bulls

Tanking is a loaded idea, a risky but occasionally franchise-altering strategy and, more than anything, a term often wrongly applied. Tanking isn't rebuilding. The idea of losing on purpose is amoral; the thought behind building through young assets is to be lauded for its foresight and careful planning. What we know is that tanking is the buzzword of the season because of a nearly unprecedented amount of talent in the college ranks. We can argue about definitions, but the goal at the end of the process is inherently similar.

The quote above is from SB Nation's Tom Ziller on the Milwaukee Bucks, but it feels pertinent for the Bulls now, too. With Derrick Rose's second straight season-ending injury, perhaps the tank chose Chicago. 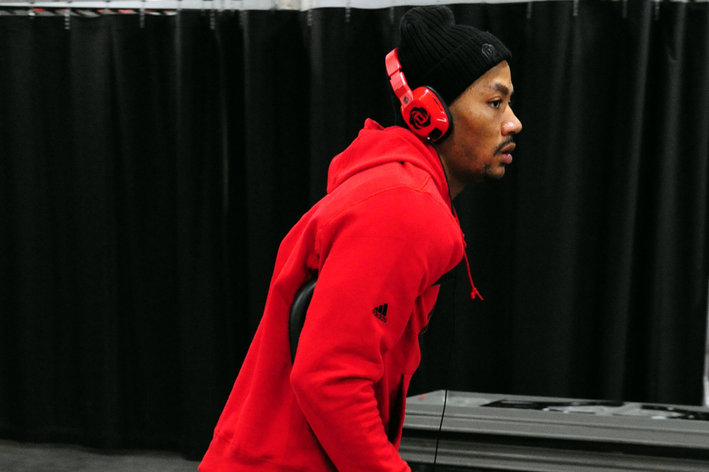 'Chicago looked tired last night. They had cigarettes where there were supposed to be eyes.'

It makes sense for the Bulls to lose some games from a financial perspective, as well as a roster-building one. The top of the draft isn't the only place to find a young star -- Paul George and Kawhi Leonard say hi -- but it's the most bountiful spot to pick from. Rookies have their pros and cons, and the biggest of the former for the Bulls might be their relatively low cost. The Bulls are into the luxury tax for the second straight season and would love to add some high-impact talent at a fraction of the going rate for veteran production. Being able to nab a lottery pick not only gives you a high-upside player, it gives you a high-upside player on the cheap. These are things that would certainly seem appealing to the Bulls given their current stasis.

There are problems with this beyond professional ethics, though. Namely: it might actually be harder to tank this season than it is to make the playoffs.

The problem with tanking

The No. 8 seed in the East last season won 38 games. Since 2002, lockout year excluded, the average number of wins for the No. 8 seed in the East is 39.4. You can expect that number to be a few notches lower this season, with everyone eying the talent available at the top of this draft (seriously: I think it lives up to the hype. In my early-season estimation, there's seven players who are clearly better prospects than Anthony Bennett was a year ago, and I still like Bennett despite his struggles).

Even if the management were to handcuff Thibodeau this season by trading Deng and Hinrich - the two most likely candidates for exile - the resulting roster still might not be bad enough to avoid the playoffs. Remember: Noah-Boozer-Gibson-Butler is still nothing to squawk at, even if they're tied together by the worst backcourt imaginable. Tommy Thibs ain't gonna let up.

From this perspective, it's going to be impossible for the Bulls to be worse than Bucks, Jazz, Magic and Kings. It would also seem unlikely they're worse than the Wizards, Celtics, Cavs, Suns and 76ers. That's nine teams right there. Of course, having the No. 10 pick in a draft as good and deep as this one could still be pretty damn valuable. Throw in the chance that Charlotte -- currently the No. 5 seed -- doesn't find its way into the top 10 this season, and the Bulls get their pick, too.

It's a two-sided coin. Losing games has its obvious appeals, but with this many bad teams keeping an eye on the 2014 draft, the Bulls are bound to fall into some victories simply because of their coaching and frontline.

If Tom Thibodeau's Chicago Bulls have a defining quantity, it's their penchant to outperform expectations. When the Bulls swung and missed on their top free agents targets in the summer of 2010 because D. Rose wouldn't so much as poke LeBron on Facebook, they still ended up winning the most regular season games in the NBA in their first season under Thibodeau. Hindsight makes that team seem like a juggernaut, but it was far from anticipated outcome at the time. No one thought they'd win 62 games, four more than the newly-minted Heat. Most in this city probably would have been satisfied with 10 less before the season started.

The following year, shortened by the lockout, saw Rose miss 27 games. The Bulls still won more games than any team in the East and tied the Spurs for the most overall. Last season was supposed to be a bad dream and not a recurring nightmare, but it's hard to argue with the most memorable highs and the overall results. The Bulls grabbed the No. 4 seed, won a playoff series against Brooklyn and even super-shoved LeBron and Co. to the ground once before reaching their ultimate demise.

It stands to reason, then, that many suspect the Bulls will do something similar for the remainder of this cold, dark year without Derrick Rose once again. The Bulls will win more than you expect because they always win more than you'd expect. Ignore three years of evidence at your own peril.

There's a difference this season, though, and it's the fault of planning. The Bulls, bless their hearts, did not think another serious Rose injury was likely. As such, they built a roster for this season meant to compliment Rose instead of insure him.

The result of Derrick's injury is a sense of what's lost that extends even beyond his right knee: there's 69 damn games left in this season, and all of them are going to be a mental and emotional test to sit through. This was on full display Monday night in Utah when the Bulls lost to the Jazz -- holders of the NBA's worst record -- by scoring only 85 points against the league's third worst defense in a game that included a five-minute overtime session.

Nate Robinson has taken his pixie dust to Denver. Marco Belinelli is now just a cog in the Spurs' ruthless machine. In their abscense, the Bulls simply don't have the personnel to get buckets. No one is creating their own offense in the halfcourt. Usage might be the curse of efficiency, but the Bulls would probably love a gunner of Robinson's variety right now. What's left is likely a mess of bruising, paint-based bully-ball and more than a few 24-second shot clock violations.

If management really did decide the best was to rebuild was by free-falling down the standings, trading Deng and Hinrich is the way to do it. They can't wait, though: the Bulls are already 6-7 and holding onto both players well into January or February would mean wins you don't really want. There's something to be said for having a plan, but the fortitude to execute it is a different beast entirely.

Chicago's roster is still going to be very good defensively. Offense is where the tank starts to rumble through. This offense should be one of the three or four worst in the league. They were the sixth worst in the league on the day after Rose was injured.

A conscious decision by management to handcuff Thibodeau would also mean added development for Tony Snell and Marquis Teague, the Bulls' last two first round picks. If the next Rose-led Bulls team is going to be a force, Snell and Teague represent a great chance for a productive bench. They're nowhere close right now, though. But if we're to accept that all is lost, the need to develop these guys is paramount. Snell and Teague have upside and are cheap. A great bench has always been important to the Bulls under Thibs, but now there's only so much money to go around.

Essentially, if you want to avoid the luxury tax, you better scout, draft and develop well. Going 0-2 on Snell and Teague wouldn't be a death blow to the operation, but it would be a substantial hurdle. If the cost of that development is more losses, it just might be a win-win operation.

Here's what we know:

Could Thibodeau, like, quit? Probably not, as he's under contract for three seasons after this one. But there was always a sense that the force tying Thibodeau to Chicago was Rose. Now, Rose's status as a truly elite player has to be in question. If nothing else, it would be foolish to expect him to bear the same offensive burden he's always carried under Thibodeau.

Gar Forman has been making the media rounds the last two days, talking without saying much of anything at all. This is how the Bulls work, and it's how a lot of pro sports teams work. There's no point in showing your hand to the public. Forman says the Bulls won't tank, but that management is always evaluating the roster. Draw your own conclusions from the intentionally vague if you'd like, but it only takes one look at the Bulls' cap situation and financial history to know this team very likely won't run it back next year.

Does that mean Chicago is tanking? Does it mean they should tank harder? These are all questions up for debate, but what's become obvious is how complicated it all is.