Opportunity finally arrives for the Bulls

It's been a long time coming.

Share All sharing options for: Opportunity finally arrives for the Bulls

The Chicago Bulls have waited since May of 2011 to compete in the playoffs with their full compliment of players, but the start of this season feels more like a last chance than an opening statement. It's a contradiction at the heart of a campaign that begins with championship aspirations but seems grounded in inconsistencies from the top of the roster to the brain trust of the organization.

There are no parallel fronts to success for these Bulls; if anything, Chicago's present and future appear set on a collision course.

The Bulls win because Tom Thibodeau pushes his best players to the threshold of human tolerance, but real tension exists between his hard-charging style and the front office's long-term concerns over the safety of its investments. Derrick Rose is back after taking an 18-month rehabilitation for a torn ACL just as the impending free agency of Luol Deng leaves the future of the team's longest tenured player twisting in the air like a plastic bag stuck to a tree branch. Owner Jerry Reinsdorf is finally going deep into the luxury tax to pay the price for a worthy contender, but the lack of depth in the frontcourt makes for a roster that hardly feels like the byproduct of an all-in push.

It's a team that knows all about the fragility of an empire after consecutive seasons decimated by injuries, but one that can't even get out of the preseason healthy. It's an organization hell-bent on winning on its own terms, only the definition of those terms would likely differ depending on who you ask.

The truth is that this opportunity has been a long time coming. The result is the most anticipated season for a Chicago team in recent memory, one that already seems fit with championship-or-bust blinders. The entirety of this city is high off the idea of interrupting a threepeat for the Miami Heat, but the margin for error in the Bulls' puncher's chance is almost microscopic. 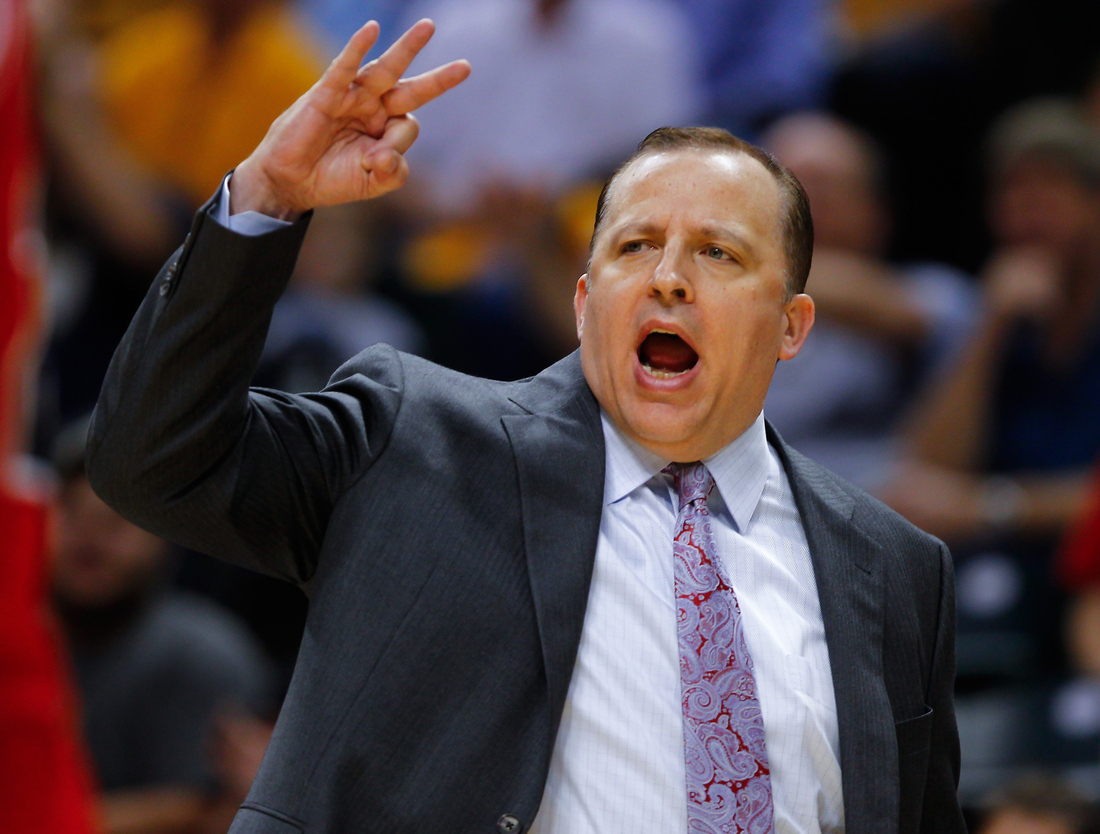 For the sake of sanity, let's choose to believe there will come a day when we can laugh about the comical-amount of adversity the Bulls went through last season. In the playoffs alone, Deng found himself glued to a hospital bed after a scare with meningitis, Joakim Noah dealt with a cryptic foot injury and Kirk Hinrich's calf exploded. Nate Robinson drained clutch three-pointers and then vomited into a garbage can on the sidelines. The story was always bigger than what was happening on the court, though, and that's what made it all so uniquely frustrating and triumphant.

Many in this city truly believed Rose was going to return at some point -- first the start of the playoffs, then Game 1 against the Heat, then the Bulls' first home game of that series. Professional sports have more in common with make believe than reality so perhaps we can't blame those who really expected the sort of return that only happens in fiction. Still, the trauma of dealing with the aggravation and uncertainty around Rose's status made for a season memorable for the wrong reasons.

The Bulls had no business winning a playoff series. They had no business snapping Miami's 27-game winning streak or taking the first game of the second round series. Robinson and Marco Belinelli will be footnotes in the ultimate story of this core, but their contributions didn't wholly go for nothing. If the Bulls accomplished anything last year, it was planting a seed of what's to come if and when this team could ever stay healthy.

These are no longer the 'Baby Bulls' of the post-MJ malaise. This is a fully formed beast. On nearly every night, the Bulls will have a physical and tactical edge over their opponent. They're young, they're athletic, they're skilled. They're coached better than any team in the league. They are playing with the type of chip on their shoulder that makes you think this could be a historically good defensive team, provided all the principle components remain on the court.

It's a known fact that the regular season is too long; what's under-reported is how deeply irrelevant it is. Noah could miss half the season so long as he's healthy for the playoffs. The East will come down to the Heat, Bulls, Nets and Pacers, and none of the four should be taken lightly. We may believe the Bulls have to make it through Miami the same way Jordan's teams had to make it through the Pistons, but the truth is Indiana or Brooklyn could knock off either Miami or our valiant Bulls before the chance ever comes.

There's reason to believe in what's here, though. The Heat are the only team in the East's top four that didn't improve at all over the offseason. The Pacers do what the Bulls do only they do it without a player as destructive as Rose or a coach as brilliant as Thibodeau. The Nets are wildly skilled and loaded with battle-tested players in a way they weren't a season ago, but men of that age look better on paper before the season begins than when things start counting for real.

Rose hangs over it all. The preseason doesn't mean anything until it does. That's where Rose proved he hasn't lost what once made him the youngest MVP in league history. Now he's stronger and appears to have an improved shooting stroke. His demeanor has changed, too. This isn't the humble superstar known to curse his own play in film studies. When he says he's the best player in the league, he does it with conviction. When he says he'd kill his own mother on the basketball court, it makes you think about the type of messed up torture contraption he's ready to put Chris Bosh in. This is his time, his season, and the Bulls will go as far as he's ready to carry them.

He's ready. We're ready. It's too early to say if the rest of the league is.

As a city, Chicago prides itself in earning what it accomplishes. We'd rather be working for a paycheck than waiting to win the lottery. We tell ourselves that harsh winters build character; that success is a process built out of years of hard work, not overnight shopping on the free agent market.

It takes time for all of things to come to a head, but it feels like that time has finally arrived. There are plenty of reasons to worry about the aftermath if the Bulls come up short. What happens to Deng? What happens to the organization's relationship with Thibodeau? What happens to the few star-studded pieces around the league that seem prepared to move?

For now, it's all irrelevant. All the Bulls ever wanted was a chance. Starting Tuesday, they finally have it.