How many times have you spoken on the Bulls and referred to them as "we" rather than "The Bulls"? This is usually followed by someone telling you, "We? Are you the one out there losing and winning games?" Or, "You think these guys care about you?" It's one of the most common misconceptions in sports. There are those who certainly believe that they're a part of their beloved team and those who think of themselves as just viewers.

As I've commented here on the subject a couple of times before, I'm with the former and I really don't see the rationale with the latter. 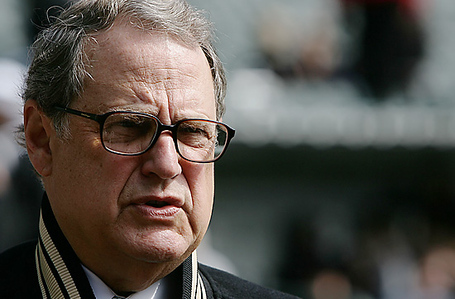 In 1985, following in the footsteps of Einhorn who had purchased a United States Football League franchise in 1984,[14] he purchased the Chicago Bulls as part of a syndicate for US$16 million and quickly turned the team from one that averaged 6,365 fans per game at the 17,339-seat Chicago Stadium in 1985 into one with an 8,000-person season ticket waiting list.[3] He did so by drafting Horace Grant and Scottie Pippen, and trading for Bill Cartwright to join John Paxson and Michael Jordan under the tutelage of head coach Doug Collins. In 1989, the team signed Phil Jackson as the final piece of the championship puzzle.[15] From November 20, 1987 through Jordan's 1999 retirement the Bulls sold out every game.[16]

I wouldn't say Reinsdorf did much at all. What he did do was luck into some perfect timing and purchased a majority share of a team who employed the greatest and most popular basketball player who had ever lived.

What became of it?

The Bulls have made over 1 billion dollars for Jerry Reinsdorf since he bought the team if you count up value added in the franchise and actual cash thrown. It's hard to know exactly how much, but it's well over a billion.

We're nearly 15 years removed from the Jordan era and Reinsdorf's still cashing in on it. Just look at the attendance report over the last decade. The Bulls are atop or near the top every single year. Why? Because we're loyal to the team that brought us such happiness and success throughout the 90's. And at this point, Jerry's got us by the balls. As long as he throws out a competitive team, he's throwing out hope and needs not to throw out cash. You would think that a man that's made so many dollars off us would repay us down the line but that's not the case when it comes to a shrewd businessman like Jerry. Guys like Dolan and Buss don't just care about the money, they care about results. Dolan may be an idiot but at least he's a caring idiot who really wants to win.

This is what Reinsdorf does, while he decides not to pay the tax. I'll pay it for a winner, he says, but I get to decide what's a winner. And every time he comes close to having to eat his words, something pops up. Scott Skiles' crew full of plucky defenders falls flat, like in 2007-08. Jalen Rose can't lead the would-be Baby Bulls to the playoffs. Eddy Curry's health concerns preclude a massive contract extension he seemed in line for. Tyson Chandler disappoints in his first year following his extension. Minnesota and Memphis wouldn't play ball in dealing Kevin Garnett or Pau Gasol. Rose tears up his knee. It isn't that Reinsdorf is rooting for any of this, because he truly would like to win, but it's always something.

And he wants to win on his terms. Always. Whether that means fielding a money-making near-champion that doesn't pay the tax, or leaving his players and coaches feeling like dirt following a money negotiation that — by all accounts — Reinsdorf "lost" in terms of dollars and cents compromise.

Toss in the stricter luxury tax penalties, the ones that have even the Los Angeles Lakers firing scouting staff and hamstringing their own attempts at getting back to the Finals, and Reinsdorf has every excuse needed to work this way. Damn, he's good.

So are the Bulls. And while spending endless amounts of money on personnel doesn't guarantee anything in the win/loss column, the team's fans are just fine to wonder if the team will ever be "great" again as long as Reinsdorf is mindful of that tax. And constantly tossing out giant deals (to Ben Wallace, to Boozer, to Chandler, to Deng) to players just to leave himself free of any "he doesn't spend!" criticism. Damn, he's good.

A deal involving Luol Deng probably won't happen next week, if at all. The Chicago Bulls won't pay the luxury tax this summer, if at all. And if they do, I'll have to be on the hook for something. One can of Spam per day, for a week. My first purchased baseball cap in 20 years, and I'll have to actually wear it in public. Pigtails. You name it.

But only if Reinsdorf signs off on it. And he won't. Clever guy, that Jerry.

In my honest opinion, no piece was ever better written on the subject.

This is a constant cycle and we're stuck in it. Or are we?

I've been going back and forth on the matter. How can I keep loving and supporting a team that matters so much to me, yet keeps disappointing me every summer? Two analogies comes to mind . . .

1) The girlfriend who you constantly fight with but can't let go because she's either too hot or you've been together too long: Usually the best action is to talk it over. Lay it all out. Give it one more try and if it doesn't work out after that, you guys just weren't meant to be. 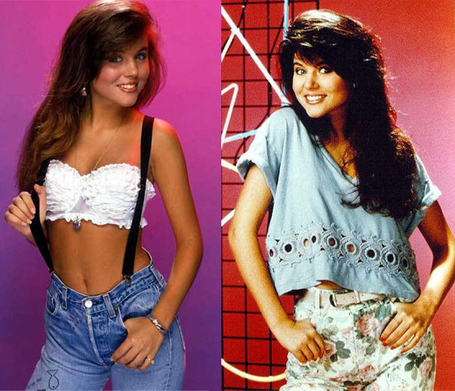 2) The family member who's addicted to drugs and is on pace to die much sooner than later. You feel that you have to love and support them unconditionally no matter what, so you stay by their side: Usually the best action is to force them to got to rehab. Let them know that they're always going be a huge part of your life but you can't support them any longer unless they get the proper help they deserve and need. 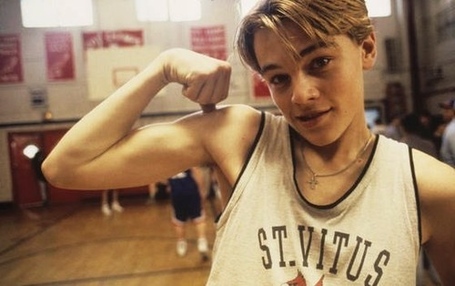 Both involve unconditional love no matter what happens down the road and both need resolution.

I'm not contemplating jumping ship. What would that say about me? Besides, I've invested too much into them at this point. What I am contemplating is simply stepping aside for the time being until they get their shit straight and realize that they've taken advantage of us for too long. We can follow them as much as we do now. Write about them, read about them and even watch them on the telly ... but let's just stop putting money into his pockets. Stop going to the games and buying merchandise. Scare him into thinking he's losing grasp on his fan base.

If there's a better idea out there, help me out. I don't wanna live in a world where impending doom is always the likely outcome.