Special Monday morning announcement for everyone:

BlogABull is has entered a partnership with The Bulls Show. I've become fans of the work done by Mitch and Nillz in both podcasts and social media (@thebullsshow on Twitter), and feel they can fill some of the multimedia void here at the blog. So every Monday, expect a new episode of theirs posted here, look for some video work in the future, and also for a takeover of the visually-lacking BaB Facebook page (which reminds me, go and like it!).

Here's episode #19, going through the season so far. The following is from The Bulls Show:

The Mitch & Nillz Bulls Show is a Chicago Bulls Podcast for fans, by fans. We're not experts, we're not insiders... we're just a couple of guys (sometimes irrationally) passionate about their team. Join us each week to talk all things Bulls and the rest of the NBA. Each episode we'll give our thoughts on the team's news & notes while hopefully entertaining you in the process.

In episode #19, Mitch & Nillz review week 1 of the season, which ended in disappointment despite an overall 2-1 record. The guys analyze the offense (or lack thereof) and whether the team can succeed/survive by pushing the pace. Find out who has been the Bulls' most valuable player this past week, and who needs to step their game up in the "Goat of the Week." Mitch & Nillz also offer their "expert" predictions on regular season awards and the 2013 NBA champion. The show wraps up with everyone's favorite segment, "The Fastbreak."

Subscribe on ITunes, and check out their archives as well, especially interviews with Nick Friedell and Doug Thonus. I'm excited to have them on board. 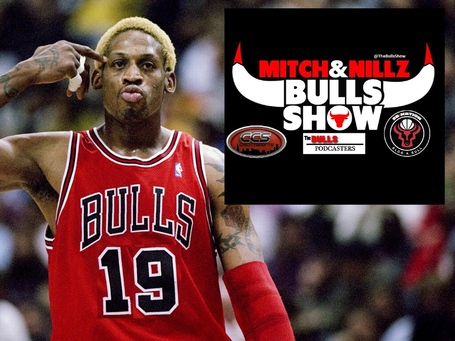