[Thanks to DRock8686 for today's game preview (sign up!). We're 2-2 with outstanding contributions -yfbb]

Well, this game just got a lot less interesting.

Now there are two young superstars from Chicago missing this game with injuries. Anthony Davis will skip this one with a concussion, as the Bulls and Hornets face off Saturday night at the United Center.

Possible story-lines for the game now that Anthony Davis won't be making his Chicago debut tonight:

Seems like that 5th one is somewhat likely, so let's take a look at the match-ups:

These guys are both pretty boring, and would ideally be a third guard or backup point guard, but neither takes a lot off the table. Vasquez has averaged 10.5 points, 5 rebounds, and 11.5 assists in around 37 minutes over the last two games, but with Eric Gordon and Anthony Davis out, Vasquez's distributing options will be limited. He'll put up stats simply because they don't have any other pure point guards on the roster, so he'll likely play big minutes.

Kirk is coming off a performance in Cleveland where foul trouble really hampered his effectiveness. Still, in 17 minutes, Kirk scored 9 points, had 6 assists, 3 rebounds, a steal and a block, and has generally performed well this season. (*Obligatory mention of the fact that he's not playing well enough that the Bulls should've hard-capped themselves to get him.*) Also, thanks to the Bulls absolutely blowing out the Cavs throughout the first half, Kirk's steady contributions weren't really needed.

Here's a highlight video of Greivis where the first 40% is him getting drafted, and the rest is somewhat impressive no-look passes. He was definitely excited to shake D. Stern's hand and give him a nice big hug too.

Due to Eric Gordon's never-ending knee injury, Austin Rivers will get the start at SG. Rip has been pretty solid, averaging 19 points on 14 shots in just a shade under 30 minutes per game. Although he's old and his injury-plagued season last year really caused Blog-A-Bull to develop a distaste for his signing, when healthy he's a really helpful player to have, as he can still create a shot and help the offense to run more smoothly. And he's still one of the best in the league at using screens to his advantage.

Rivers? Well, he's just a dedicated man with big dreams to fulfill! Honestly, the guy will probably be a pretty nice NBA player someday, but that time isn't now. He's made 1 of his 13 shots so far this season, although it seems like he may be nursing an ankle injury suffered late in the preseason. The edge here is definitely to Rip, and even Blog-A-Bull's least favorite "Bench Sob" member, Marco Belinelli, has an advantage over Rivers at the position.

Aminu has probably had the two best games of his career to start the season for the Hornets, and he's averaging 16 points, 7.5 boards, and 2.5 assists on the year (very Deng-esque numbers, without the Deng defensive awesomeness and gluey-ness), but the best SHOT of his career is this one:

Obviously Lu has the advantage here, even if, as the doctors here at Blog-A-Bull speculate, his wrist is screwed up (sorry for using medical jargon there).

There's speculation that Monty Williams may start someone else at PF, even in the absence of Anthony Davis, given that he likes to bring Anderson's scoring off the bench. That said, Anderson will likely log the most minutes at the position and will present a challenge for Carlos Boozer to defend, since Boozer generally doesn't do well on the perimeter. I'm intrigued as to whether Boozer will end up guarding the Hornets' center while Jo chases Anderson around the perimeter. I can't recall how the Bulls used to defend Anderson when they played the Magic, although I remember Boozer guarding Dwight Howard a lot in the game Howard dropped 40 on them (but the Bulls still won!) at the United Center.

Boozer has played pretty well over these last two games, even dunking multiple times. He's averaging 18.5 points, 7.5 rebounds, and 4 assists, and has a PER of 23.23 through his two games. That's really good. Also, for some reason, I always end up with him on my fantasy teams. Not that anyone reading this cares about that. 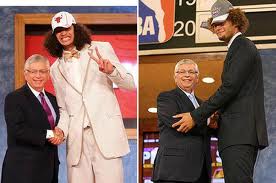 Overall, the Bulls are superior at every position in the lineup with Davis and Gordon out. I'd like to see the Bulls come out with similar effort, particularly on the defensive end, to the game against the Cavs yesterday, and put the Hornets away early. Official prediction: Bulls 92, Hornets 81.

You guys should visit At The Hive. I hear it's buzzing with excitement over this game uh, pretty cool.