BaB at the ASG (presented by T-Mobile): The Spectacle (and I think there was a game too)

Share All sharing options for: BaB at the ASG (presented by T-Mobile): The Spectacle (and I think there was a game too)

Firstly: Wow, so over 1200 comments for last night's All-Star game thread, huh? Bad job by yours truly, you have to remember this was the first All-Star game in the blogging era with a Bull participating. So I forgot that Bulls fans may want to actually talk about it for once. Hopefully it wasn't too awful in that thread last night.

I have some good news and bad news about posting today. The good part being that I'm not getting out of Dallas until late tonight, so I have time to write. The bad is that I had camera issues, so I used my T-Mobile MyTouch for a majority of photos, and I can't get the pictures and video off there for now. And I foolishly only got footage of the Derrick Rose entrance on video. So you'll have to wait on that, and even though T-Mobile provided me with a marvelous device, there's always a limitation with a cell-phone video, heh.

That said...would a crutching Chris Paul interest you? 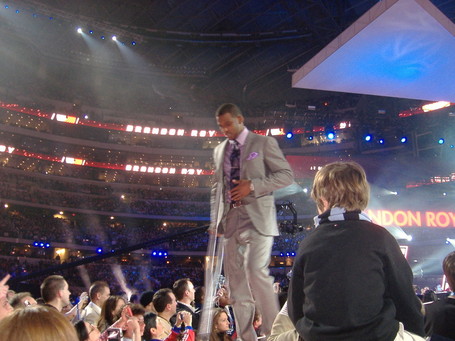 Yes, that's how close I was to the ramp the players walked in on. To say T-Mobile hooked me up would be an understatement, I am actually now an indebted servant to their empire. Worth the price of my freedom. I know, I needed a better camera, and not be an idiot while using the one I had (as in, small memory card and low battery), but I honestly in my wildest dreams did not think I'd be sitting that close. I had solid seats for Friday, better ones for Saturday, but in a game with over 108,000 patrons, I had a wide range of expectations. When I saw 'FS' on my ticket after I picked it up Sunday afternoon, I didn't want to jinx it. 'F' as in floor? But it's a big floor, maybe I'm way in the back...nope. 5th row behind the basket. 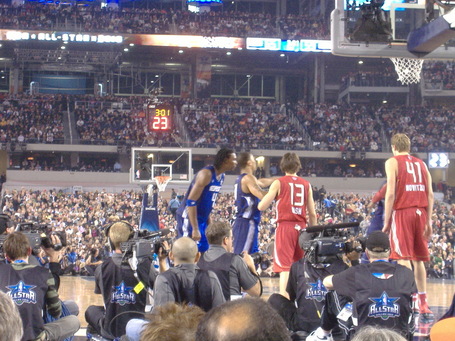 This whole weekend was already memorable, and beyond the 40 minutes freezing in the unorganized understaffed security line,  Cowboys Stadium itself was remarkable. So much so, I'm embarrassed that my hometown has a publicly maintained ugly 'refurbished' stadium that's the smallest seating capacity in the NFL and doesn't have a dome. And for what, so it's on the lakefront instead of Lake Forest? But I digress...Cowboys Stadium from the outside is on a scale you have to see to believe, and the jumbotron is everything you've read about.

So to enter the 100-level concourse, walk down...down...keep walking...past famous people...show the pass...and see how close I was, so close that I couldn't even use the jumbotron in the first place? I went into a kind of shock, and it lasted pretty much the entire game.

And luckily it was just an exhibition, since perhaps due to that shock I barely remember a single play. I'll probably remember most the player intros and the halftime performance, but during gameplay my attention was to the spectacle of being at the game moreso than the game. I'd catch myself just staring up at the decks upon decks of filled seats, or the West bench, or seeing Scottie Pippen and other '92 Dream Team members enter the court for a presentation, or Floyd Mayweather sitting courtside. I'm almost fortunate that cell reception was overloaded for most the game, it forced me to get my head out of the internet and just stop and watch...everything.

Even after the game was over, partially realizing I'd never do anything like this again and also realizing getting out of there would be hell, I just walked around the basement concourse for a time. Got some cool candid shots of Chauncey Billups and Scottie Pippen, saw Tim Duncan riding the back of a golf cart away from chasing fans, Jason Kidd on his way to the media room, the familiar voice of Jim Durham, and the general mob of security, fans, media, and people who looked like they were famous but were possibly just really well dressed.

Between that adventure and the shuttle bus back downtown, by the time I arrived at the hotel I knew it was it for me. I was half-tired and half-buzzing, having just seen a game, performance, and party all at once.

Luckily I was sitting with the good folks from T-Mobile and Wasserman Media so I could thank them in person, because doing so here wouldn't nearly be enough. Hopefully they get some 'buzz' (I asked how exactly this partnership will be measured a success, and was told it's not an exact science. It's a success for me!), as it was a perfect cap to an unbelievable weekend. I think it goes without saying that I don't blog for the potential rewards, I started this 6 and a half years ago because I wanted to talk at people about the Bulls and none of my friends cared to hear it. This opportunity came from completely out of blue, but it did come in part because it's now become such a robust (and influential, maybe?) community, and so I need to thank all the BaB readers for their part in getting me sent here as well. I hope you enjoyed this post as well as the others throughout the weekend, and while I'm not sure getting floorside seats is really a relateable 'fan experience', that you were able to vicariously live through an All-Star weekend. 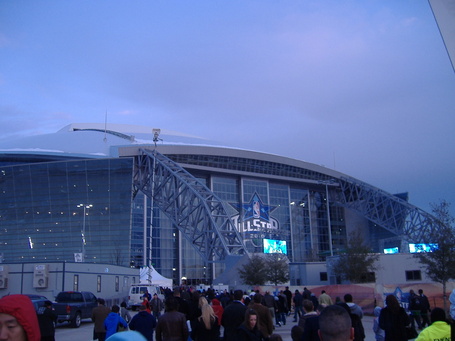 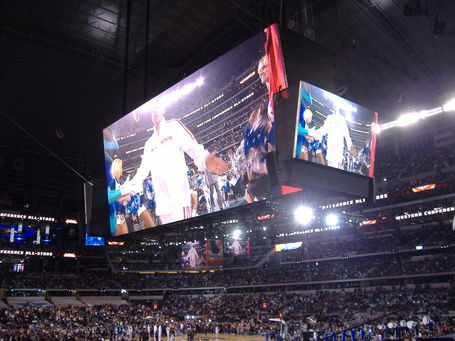 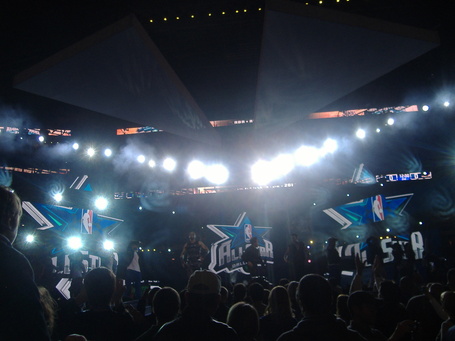 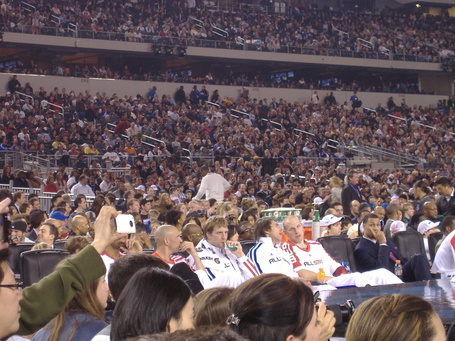 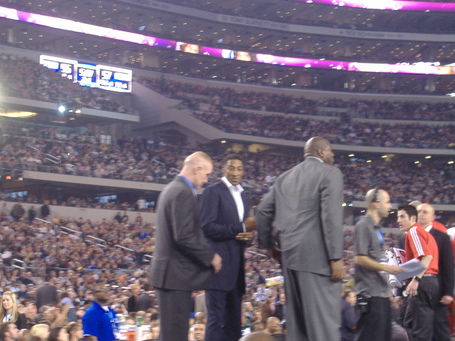 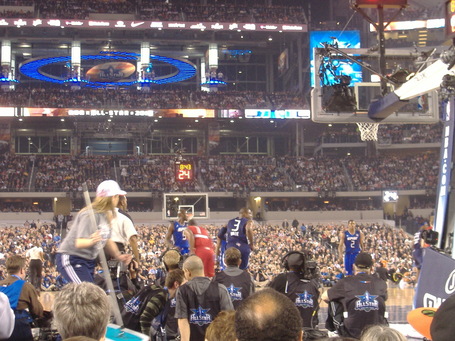